Pianist, composer, & bandleader Mara Rosenbloom has been called “a whole-hearted poet of the piano,” – she is a builder & a synthesist; a fiercely lyrical composer & improviser (All About Jazz). Originally from Wisconsin, Rosenbloom has spent the past decade in New York City, creating a distinctive body of work and establishing herself as a vibrant and respected part of the city’s diverse network of jazz & improvised music communities. Following the release of Prairie Burn (Fresh Sound/New Talent), Rosenbloom’s debut trio release with bassist Sean Conly & drummer Chad Taylor, The New York Times cast a spotlight on Rosenbloom, heralding Prairie Burn as a “…a trio recording of bristling provocation and full-bore group improvising…her strongest statement as a bandleader and her most dauntless effort as a pianist.” The album received a rare 4.5 stars from Downbeat Magazine, earning it a spot on the Magazine’s Best Albums of 2017 list

Migration of Silence Into and Out of the Tone World

CD 5: Dancing at the Savoy; Don’t Sell My Soul; Harlem Dances; Harlem Speaks; Paintings in the Sky; Shutters as Windows.

CD 6: Tilted Mirror; Mexico; The Bleeding Tree; It Is for You.

CD 7: Song to Lift Sadness (Morning); The Sky Is Always Beautiful; Morning Bird; Rocket Man; Essence Calling Out; Afternoon Poem; First Vision; Green and Brown; I Believe; I Will Die for You; Song for Patricia; My Cup; Silent Whispers; It Would Never Be Long Enough; Song to Lift Sadness (Evening); Cloud and Sea Fading as Rain Falls.

The Sounds Of New York City

On this show I explore the current sounds of jny: New York City with more of the Pandemic Duets from Stephen Gauci. There's also new music from Tony Malaby, Rose Tang and Justin Rothberg plus the exciting new Playfield project lead by Daniel Carter. I conclude the show of the stellar quartet of Carter with Matthew ... 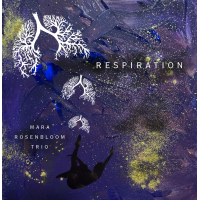 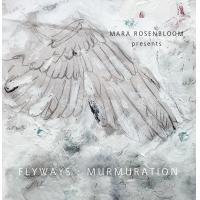 Historically, the French scene has played a vital role in the world of jazz, so let's celebrate Bastille day and pay tribute to the French way of Jazz, exploring in particular the work of a captivating crop of contemporary French musicians who have developed a very original way to blend their love for jazz with multitude ...