James Douglas Morrison was born to George and Clara Morrison in Melbourne, Florida. A Naval officer, George was forced to move his family around a lot when Jim was a child, and some say that fact led to Jim's unique method of speaking out. Upon graduation from George Washington High School in Alexandria, Virginia, Jim continued his education at several institutions before finding his way to California, and UCLA. He began studying film, his true desire, and got into music accidentally. It was soon after that he met Ray Manzarek on a Venice beach, who was already in a band called "Rick and the Ravens"

The Collected Works of Jim Morrison: Poetry, Journals, Transcripts, and Lyrics Jim Morrison 584 Pages ISBN: # 978-0063028975 Harper Collins 2021 As Jim Morrison's career evolved over its egregiously abbreviated lifespan, the lead vocalist for the Doors became as ambivalent about his image as the image itself turned ambiguous. ...

The Seekers: Meetings With Remarkable Musicians (and Other Artists) John Densmore 240 pages ISBN: #978-0306846236 Hachette Books2020 John Densmore's third book, The Seekers, carries the unusual distinction of featuring a blurb on its back cover that actually speaks accurately to the contents inside. John Doe, co-founder of seminal punk ...

New York based guitarist/composer/ songwriter Gideon King is no stranger to the city. Growing up there, he is well positioned to tell a story or two about the place. This is just what he sets out to do with his forthcoming release with his band City Blog, entitled Upscale Madhouse. Far from a condemnation, the title ... 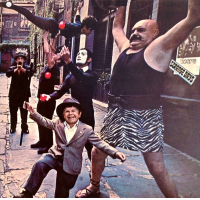 The Doors' Strange Days did not have the cultural or commercial impact of the iconic band's eponymous debut earlier that halcyon year. And that's all the more regrettable because, in purely artistic terms, this second album is superior in (almost) every way. Accordingly, the more streamlined 50th Anniversary Deluxe Edition of this laboriously-recorded landmark ... 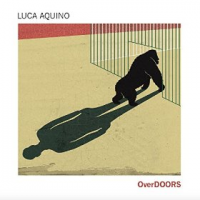 Nearly fifty years after they burst onto the rock scene and into legend, The Doors, led by gone-too-soon rocker, Jim Morrison still resonate through the music world. However, oddly outside of their most successful hit, “Light My Fire," little of the group's repertoire has been explored by jazz artists. Italian jazz trumpeter and innovative sonic explorer, ...

I currently live in: Jerusalem, Israel I joined All About Jazz in: 2004 What made you decide to contribute to All About Jazz? At first, All About Jazz provided me a way to express my thoughts, insights and feelings about certain albums that I was listening to, and shared with other friends, ...

The DoorsL.A. Woman: 40th Anniversary EditionElecktra2012 In the end, The Doors were a jazz organ trio playing the blues, what keyboardist Ray Manzarek called “The Modern Jazz Quartet of Rock." Flirting with psychedelia on its first four albums, providing an acid soundtrack to 1967's Summer of Love, and ...