Howard Rumsey was an American jazz double-bassist primarily known for his leadership of the Los Angeles group the Lighthouse All-Stars in the 1950s. In early 1949, Rumsey was in search of a playing job and came across the Lighthouse Club on Pier Avenue in Hermosa Beach, which he felt would be an ideal place to play music. The Lighthouse was built in 1934 as a restaurant named Verpilates. In 1940, the business changed hands, and under new ownership it was turned into a Polynesian-styled club named the Lighthouse, primarily serving merchant seamen. In 1948 the club was sold to John Levine. After convincing Levine to permit the playing of jazz in the club, Rumsey played his first show on Sunday 29 May 1949, to immediate success. The first Lighthouse All-Stars was a group made up of Los Angeles musicians who had been a part of the Central Avenue scene in the 1940s, including Teddy Edwards, Sonny Criss, Hampton Hawes, Frank Patchen, Bobby White and Keith Williams

It's time for Blue Note 50th anniversaries. We present material from Andrew Hill with voices and The Three Sounds live in L.A., which was released decades after the actual recording dates. In addition, Jack McDuff recorded with a big band in London, released on LP as To Seek a New Home, but never released on CD ... 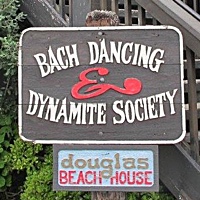 Stan Levey: Jazz Heavyweight Frank R. Hayde 224Pages ISBN: #13978-1-59580-086-2 Santa Monica Press 2016 When one thinks of Bebop, the names Bird and Dizzy along with Monk, Max and Bud immediately pop up. In the mind's eye, one can see those classic Herman Leonard jazz photos of these Cats ...

The following is an excerpt from “Chapter 2: Early Encounters with Jazz" of Zappa and Jazz: Did it Really Smell Funny, Frank? by Geoffrey Wills (Matador, 2015). When, at the age of fourteen, Zappa entered Mission Bay High School in jny: San Diego in 1955, his first exposure to the elitist snobbery of ...

Howard Rumsey, the 1940s Stan Kenton bassist who went on to become a key figure in southern California jazz, died on February 15. He was 97. Although he continued to play the bass, Rumsey became famous as the entrepreneur who led the band at The Lighthouse in Hermosa Beach south of Los Angeles. The club was ...

Howard Rumsey: The Lighthouse All Star

Reprinted from August 2007. With the release of Ken Koenig's exhaustive, enlightening, and entertaining DVD history of a SoCal treasure, Jazz on the West Coast: The Lighthouse (RoseKing Productions, 2005), 89 year-old Howard Rumsey returns to the spotlight. Bassist, booker, and raconteur extraordinaire, Rumsey presented the best jazz shows in jny: Los Angeles ...

Howard Rumsey, a West Coast jazz bassist who began his recording career in Stan Kenton's orchestra in 1941 and managed the Lighthouse in Hermosa Beach, Calif., a club that became ground zero for the West Coast jazz sound starting in the early 1950s, died July 15 in Newport Beach, Calif. He was 97. When I interviewed ...