Howard Rumsey was an American jazz double-bassist primarily known for his leadership of the Los Angeles group the Lighthouse All-Stars in the 1950s.

In early 1949, Rumsey was in search of a playing job and came across the Lighthouse Club on Pier Avenue in Hermosa Beach, which he felt would be an ideal place to play music. The Lighthouse was built in 1934 as a restaurant named Verpilates. In 1940, the business changed hands, and under new ownership it was turned into a Polynesian-styled club named the Lighthouse, primarily serving merchant seamen. In 1948 the club was sold to John Levine. After convincing Levine to permit the playing of jazz in the club, Rumsey played his first show on Sunday 29 May 1949, to immediate success.

The first Lighthouse All-Stars was a group made up of Los Angeles musicians who had been a part of the Central Avenue scene in the 1940s, including Teddy Edwards, Sonny Criss, Hampton Hawes, Frank Patchen, Bobby White and Keith Williams. This band lasted for a time before Rumsey changed personnel to feature a new wave of players. The second edition of the Lighthouse All-Stars featured Jimmy Giuffre, Shorty Rogers, and Shelly Manne. The success of this group soon landed them with a recording contract for Les Koenig's Contemporary Records. Not only were the Lighthouse All-Stars recording for Contemporary, but many of the members of the group were also leading sessions for this same label.

After Rogers, Giuffre and Manne left together in 1953 for a job at The Haig, Rumsey had to recreate his band yet again. This third edition featured Bud Shank, Bob Cooper, Rolf Ericsson and Max Roach. This band took part in a historic recording on 13 September 1953, Roach's first show with the group, which would feature both Chet Baker and Miles Davis, along with Russ Freeman and Lorraine Geller.

With the eventual breakup of this edition, the chairs were filled by various other notable musicians throughout the following years. In his book West Coast Jazz, author Ted Gioia claims to have listed over seventy-five musicians who were once members of the group. By the early 1960s interest in jazz in Los Angeles had greatly faded and the group came to its demise.

From 1971 to 1985, Rumsey owned and operated Concerts by the Sea in Redondo Beach, California, a "distinctive club that provided an ideal tiered, concert-seating venue (seating 200) which offered the finest jazz in the Los Angeles area. 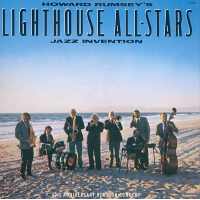 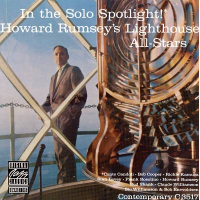 In the Solo Spotlight 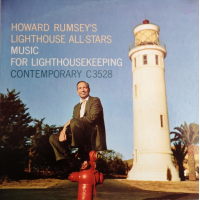 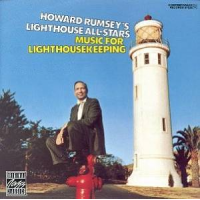 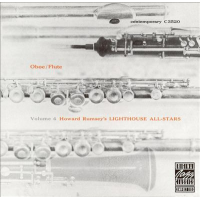 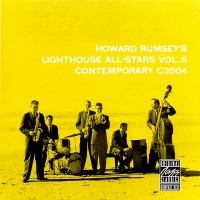 All About Jazz musician pages are maintained by musicians, publicists and trusted members like you. Interested? Tell us why you would like to improve the Howard Rumsey musician page.