Cerri was born in Milan and learned to play guitar when he was 17. In 1945 he became a member of the group led by Gorni Kramer and joined the orchestra of the television show Buone vacanze. He played double bass in addition to guitar starting in the 1950s, such as with Chet Baker and Buddy Collette. He has also played with Dizzy Gillespie, Johnny Griffin, Stéphane Grappelli, Lars Gullin, Billie Holiday, Lee Konitz, Gerry Mulligan, Lou Bennett, Bud Shank, Tony Scott, Django Reinhardt, Phil Woods, and the Modern Jazz Quartet. He cited as influences Django Reinhardt, Barney Kessell, and René Thomas. Cerri has led quartets and quintets with Tullio De Piscopo, Pino Presti, Gianluigi Trovesi, Flavio Ambrosetti, and Jean-Luc Ponty. In 1980 he formed a duo with pianist Enrico Intra, with whom he founded the "Civica Scuola di Jazz" in Milan. On 1 January 2006, he was knighted by President Carlo Azeglio Ciampi.

We open with tributes to three artists that passed in the past few days, Alan Hawkshaw, Leslie Bricusse and Franco Cerri, before delving into new releases ranging from the straight-ahead hard-hitting energy of Pete Rodriguez to the sound (and silence) explorations of Ayumi Tanaka and her Trio.Happy listening!PlaylistBen Allison “Mondo Jazz Theme ...

Franco Cerri, one of the world's finest jazz guitarists whose records and reputation have escaped most American jazz aficionados due to his desire to spend his career in Italy, died on October 18. He was 95. Ruggedly handsome with a joyous sense of swing and impeccable taste, Cerri (pronounced “Cherry") made nearly all of his recordings ... 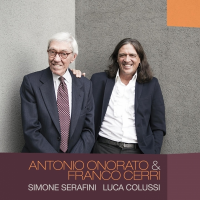 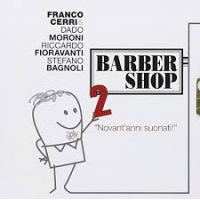 Label: Abeat Records
Released: 2016
Track listing: Take the "A" Train; Bluesette; Satin Doll; By Bye Blues; Roma nun fa' la stupida stasera; Cherokee; Pipo; I Let a Song Go Out of My Heart; Copacabana; Isinesi; There Will Never Be Another You. 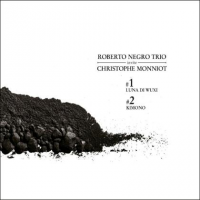 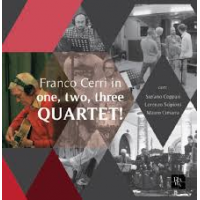 Label: Rara Records
Released: 2016
Track listing: My Funny Valentine; Copacabana; Caravan; Just Friends; I Let a Song Go Out of My Heart; Take the "A" Train; One More Twelve Bars; Vico Dice; Beautiful Love; When the Saints Go Marching In.