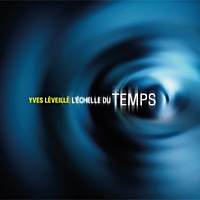 Although he has yet to achieve substantial acclaim beyond his native Canada, Montreal-based pianist Yves Léveillé has made an accomplished series of albums going back to 1999 with Signal Commun, the first of several releases on Effendi Records. Léveillé's music possesses a strong jazz vocabulary, but the pianist also has an abiding classical temperament. A disc ...

Jazzlab Orchestra has been a fixture on the jazz scene in Canada for nearly two decades. Their unique heavy sound features six brass and reed players with a relatively standard piano, bass and drum rhythm section, and they've captured that sound on several standalone recordings and presented it on more than 300 concert stages across North ...

The Jazzlab Orchestra, formed in 2004 and based in Montreal, Canada, lies somewhere short of orchestra-size. It's actually an octet—but don't let that deter you; the unison passages are generally robust and pleasing. Jazzlab does play jazz of a sort, music that may best be described as contemporary cerebral. In other words, this is not akin ...

Alain Bédard began his professional career in the 1980s, when he integrates naturaly some various Quebec formations of the time. His participation in various major events around the world, today it provides a fascinating experience. With a passage in the Word Beat with DADJE (Senegal-Quebec group), dancing alongside Martinique dancer Josianne Antourel, the classic with Marc Denis at the University of Quebec in Montreal and violinist Martin Foster (member of the UQAM Chamber Music Orchestra) and jazz with a variety of groups in Quebec and international artists including; Jazzlab Orchestra, André Leroux, François Bourassa, Frank Lozano, Pierre Tanguay, Michel Côté, Donny McCaslin, Stéphane Belmondo, Julien Loureau, Ted Nash, Pascal Shumacher, etc Alain Bédard continues an interesting career with his own jazz quartet AUGUSTE training, he walks for almost 20 years on all continents. After giving hundreds of concerts and edited 5 albums whose CD “Auguste” (1997), “Sphere Reflection” (2006), “Bluesy Lunedi” (2008) nominated for an ADISQ and JUNO Award for Best Album of 2010 “Homos Pugnax” (2011) and “Circum Continuum” (2016)

The Jazzlab Orchestra, based in Montreal, defines itself as a specific group, a true institution in the world of Canadian jazz since 2004. The group explores musical writing in many styles, each time supported by stunning composers and musicians. Always keen on originality, always attached to gravitating a core of astonishing artists, it elaborates with inspiration and audacity each project since its creation. Practically the only group of its kind in Canada, he has released 7 albums and given more of 300 concerts since his creation, performing on the best stages of major jazz festivals and several prestigious venues in North America and Europe, including: The Jazz at the Lincoln Center (NY), the New Morning, the Café de la Danse (Paris), the Casa del Jazz (Rome), the Grande Teatro (Sicily), the Jazz Station (Brussels) and the Budapest Music Center (Budapest), etc.