Piano, composition | Over nearly three decades, François Bourassa has built many musical mansions. As pianist, composer and bandleader, he long ago became an international example of Canada’s contemporary jazz scene. A model of both consistency and evolution, he continues to challenge himself, his talented musical partners and his ever-widening community of listeners.

Bourassa was born in Montreal on September 26, 1959. Initially inspired to play piano by his mother’s example, he put the instrument aside for five years in favor of the guitar. “Even as a teenager I was passionate about music,” he recalls. “I would transcribe Johnny Winter and Jimi Hendrix solos. Then my taste grew more sophisticated when I heard progressive rock, especially Emerson, Lake and Palmer. I came back to the piano at 17 and started to write tunes. Return to Forever was my transition point to jazz, after which I discovered Keith Jarrett, Bill Evans, Coltrane and Miles.” Now a committed if self-taught improviser, Bourassa studied composition at McGill, where he earned his college degree.

In 1983, Bourassa, bassist Guy Boisvert and drummer Yves Boisvert formed the François Bourassa Trio, an ensemble that won the prestigious Montreal Jazz Festival new talent competition in 1985. “We entered as a lark, having had almost no previous gigs,” Bourassa admits; but the instrumental proficiency and creative affinity of the pianist and the Boisvert brothers was undeniable. The festival prize led to hometown gigs, touring throughout Canada and a debut album Reflet 1 in 1986 that underscored the band’s roots in the music of Bill Evans, McCoy Tyner and Wayne Shorter.

Bourassa then returned to studies at Boston’s New England Conservatory, where he focused on improvisation with George Russell, Fred Hersch, Tom McKinley and Miroslav Vitous and earned a Master’s degree. At the same time, the Trio continued to evolve, building an international following with initial appearances in Europe (1988), the United States (1992) and Asia (1993), and recording its second album, Jeune Vieux Jeane in 1992. In addition to the many compositions he wrote for the ensemble, Bourassa also began to produce larger works that incorporated string quartets and string orchestras, as well as masses and ballet scores. “I like spontaneity and freedom, but organization as well,” he notes. “It’s tough when I write for people who don’t improvise, because you can’t assume dynamics and phrasing; but you can’t let composition become too prominent. The balance is key.”

Echo, from 1996, gave a major boost to Bourassa’s international profile. It also marked the end of the Bourassa Trio era, as the ensemble soon expanded to include another prominent member of the Montreal jazz community, saxophonist and flutist André Leroux. “Andre would play with us occasionally from the time we began,” Bourassa recalls, “and he had called me for a duo concert in 1995 where we played so well together that I invited him to play with the trio.” Initially billed as the François Bourassa Trio + André Leroux, their initial recording Cactus (1998) revealed a new power and emotional range that had blossomed by the time the JUNO award-winning Live was recorded at Toronto’s Top of the Senator in 2001. “I think I got more adventurous once I had a quartet,” Bourassa offers. “André brings a different side to my music. He has great energy, where I’m more introspective. His arrival was a big change, one that has allowed me to express my love of Coltrane and Wayne Shorter.”

More change was forthcoming. The 2002 recording Indefinite Time now identified the band as the François Bourassa Quartet, with Yves Boisvert replaced by Greg Ritchie and Aboulaye Koné, a percussionist from the Ivory Coast, adding new colors on the track “Boubacar.” The composition is dedicated to Malian musician Boubacar Traoré, who has inspired Bourassa to include more of an African color in his recent work. The djembe and talking drums of Koné were added again on the Quartet’s next recording, Rasstones (2007), with Ritchie and Phillipe Melanson playing drums on different tracks. Melanson became the permanent drummer at this point, joining original members Bourassa and Guy Boisvert and 14-year veteran Leroux in what is now one of Canada’s and the world’s most venerable jazz ensembles.

Recent years have seen Bourassa take on new challenges, including an occasional trio with saxophonist Jean Derome and percussionist Pierre Tanguay that has taken the pianist into more unstructured realms; a New York City residency lasting six months in 2005; and a growing list of commissions including, most recently, an orchestral concerto for vibes and marimba. The constant is the François Bourassa Quartet, and on its newly recorded Idiosyncrasie (2011) it displays new levels of mystery, whimsy and passion, with more angles and space in its sound and an ever-deepening telepathy among its members. “Continuity is important for me,” Bourassa summarizes, “and even when I have been focused on other projects it is easy for us to get back together. The challenge is to write music that will take things a step forward, because I don’t want to repeat what we’ve already done. I’m always open to new discoveries. It never stops.” (Bob Blumenthal, 2011)

In 2017, the François Bourassa Quartet released Number 9. From the liner notes by Howard Mandel: "On Number 9, François Bourassa’s ninth album of original music for his own band, the Montreal-born pianist and empathic colleagues allude to formative influences, serendipitous encounters and places from his past. That might suggest a highly reflective program, and the seven performances here certainly convey thoughtfulness. But the true focus of composer-improviser Bourassa and his ensemble, from beginning to end of the record, is in the moment, now.

Sensuous imagination supported by sterling technique, François here empowers reeds player André Leroux, bassist Guy Boisvert and drummer Greg Ritchie to embark on an adventure-strewn, winding road that tours vistas and waysides of a collective mindscape, strikingly different at every go ’round, each listen. The music of Number 9 cycles from melodic lyricism to pure sonics, from a swinging basis to open space, from probing inquiry to fervent self-expression to satisfying resolutions, sometimes conclusive. There is finesse and passion, flintiness and warmth, formal structures and free association. Some of Number 9 is simply dreamy. Bourassa and company make these diversities all of one piece, aspects of an ensemble sensibility. The quartet covers a lot of ground from a complex of perspectives, new details unveiled with each turn of the ear. Return, repeat, replay, dig in, lay back. A world of music comes clear."

In 2020, the François Bourassa Quartet celebrated its 25th anniversary. The coinciding European tour and official jazzahead showcase at the Canadian Night were postponed to 2021 due to COVID-19. François Bourassa is currently working on a solo album which will be released in 2021.

“…a modern, varied and spirited jazz… dazzling and complex…” Neri Pollastri, All About Jazz Italy

"A real 'choc' surprises you as you didn't expect it ... the feeling of amazement does not fade with repeated listening ... when the music possesses so many qualities. Crazy energy, dense and nourishing writing, high-level soloists." ('Choc' de JazzMag) Ludovic Florin, Jazzmag, France

“wittily uses rhythmic and harmonic twists and turns to defy our expectations … you can have fun while absorbing one of the boldest and most gratifying records of the year. – Grade A” Felipe Freitas, 30 Best Jazz Albums of 2017, Jazztrail, USA

“…a modern, varied and spirited jazz… dazzling and complex…” Neri Pollastri, All About Jazz Italy

"A real 'choc' surprises you as you didn't expect it ... the feeling of amazement does not fade with repeated listening ... when the music possesses so many qualities. Crazy energy, dense and nourishing writing, high-level soloists." ('Choc' de JazzMag) Ludovic Florin, Jazzmag, France

“wittily uses rhythmic and harmonic twists and turns to defy our expectations … you can have fun while absorbing one of the boldest and most gratifying records of the year. – Grade A” Felipe Freitas, 30 Best Jazz Albums of 2017, Jazztrail, USA

“…an impressive set of ... swinging and energetic music... This stuff needs to have some bite, and it does.“ Phil Freeman, Stereo Gum, USA

“…can be touching and lyrical or heady and abstruse or as surging and knotty as the best, bristling music of leading American avant-gardists.“ Peter Hum, The Best Canadian Jazz Albums of 2017, Ottawa Citizen

“The members of this ensemble are so immersed in each other’s instincts and mannerisms that they offer the listener a plethora of moods, settings and styles…” Tom Mooney, The Rest is Jazz, Ireland

"Without a doubt one of Canada's finest bands." —Toronto Star, Canada 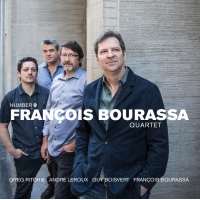 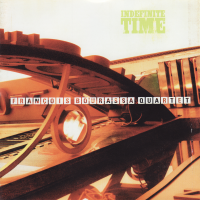 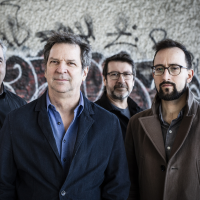 All About Jazz musician pages are maintained by musicians, publicists and trusted members like you. Interested? Tell us why you would like to improve the Francois Bourassa musician page.