The Royal Conservatoire of Scotland (RCS) in jny:Glasgow today announced the winners of its 2020 Jazz Awards. Saxophonist Matt Carmichael won the Fog Arts Prize in Jazz Improvisation. The winner of the George Duncan Prize for Jazz Composition was Richard Glassby, for composing an outstanding original suite of music. Glassby commented, “These pieces were the product ... 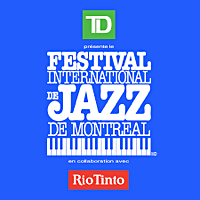 Due to the coronavirus pandemic and following the measures imposed by government authorities, which include cancelling non-essential activities and restricting entry of non-residents to the territory, L'Équipe Spectra announces that the 2020 editions of Les Francos de Montréal (scheduled for June 12) and the Festival International de Jazz de Montréal (scheduled for June 25) will not ...

Montreal's Dominique Fils-Aimé is two albums into a trilogy exploring African American music and culture. Stay Tuned! is a smooth-as-silk jazz vocal disc with broad appeal. It was shortlisted by the 2019 Polaris Music Prize selection committee, and named jazz album of the year at the ADISQ First Gala, a Quebec-based industry event.Her debut, ...

Originally from the south shore of Montreal (Quebec, Canada), and an adopted resident of Rimouski, Emie Rioux-Roussel discovered the fascinating world of music through her parents, themselves musicians and singers. She began studying classical piano at the age of 5 and continued lessons until she was 13. After a complete two-year break, she decided to follow her instincts and her love of improvisation to begin studying jazz with her father, jazz pianist Martin Roussel. He would be her mentor until she started college studies at Cégep de St-Laurent under the guidance of Lorraine Desmarais. She completed her diploma in jazz piano performance and was awarded the college’s “Very High Distinction” grant

Rodrigo Simões is a Brazilian musician and composer who has been living in Quebec - Canada. Through his musical creations, he shares a distinctive style that oscillates between Brazilian music and jazz improvisation. His international career has taken him through China, Australia, Paraguay and the United States, in addition to his native country – Brazil – and his adopted country – Canada. Early on in his musical career, this guitarist and mandolinist has already collaborated with great artists in Brazil (Elza Soares, Carlos Malta, Paulinho da Viola, Dominguinhos, Zeca Baleiro and Paulo Moska) and in Canada (Bill McBirnie, Joel Miller, Flavia Nascimento, Alex Lefaivre, Sonia Jonhson and Jean-Pierre Zanella)

Created on the initiative of its leader, composer and guitarist Vincent D. Perreault, TERTIO is a Jazz- Rock band from Montréal which has recently taken the jazz scene by storm. The members of the band are all active on the local, national and international jazz scene, playing as sidemen with such renowned artists as Susie Arioli, Sophie Milman, Parc-X trio, Cecile Doo-Kingué and Elage Diouf. Tertio's eponymous debut EP was released in June, 2015 on Montreal label Multiple Chords Music (MCM). Since then the band has played a wide variety of venues in both Quebec and Ontario, presenting their adventurous material to enthusiastic and rapt audiences