Dwayne Burno made his entry into this world on June 10, 1970 in Philadelphia, Pennsylvania, a city rich in its musical traditions and history. He gained his initial musical exposure to music through his mother. "My mother is my first musical influence. She told me of the times when she sat me on her lap while she accompanied, directed, and sang with the church choir which she continues to do to this very day." Dwayne's first chosen musical instrument was the violin which he played until his unexpected first encounter with the double bass. "During my junior year of high school, I was told to begin learning and playing the bass

Noted trumpeter, composer, and New Jazz Composers Octet founder, David Weiss shares several stories about his experience with trumpet legend Freddie Hubbard. As told to David Kaufman. I met Freddie Hubbard soon after he damaged his lip. I guess what basically happened was he had a blister on his lip that popped and got ... 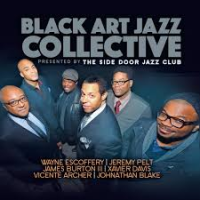 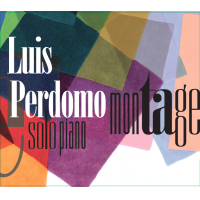 The highest praise you can give to a recording by a solo performer is that the music was made just for your ears. Pianist Luis Perdomo's Montage gives just that impression. It's easy to imagine these fifteen tracks were played in your living room, or automobile, for that matter.  After releasing seven discs as ... 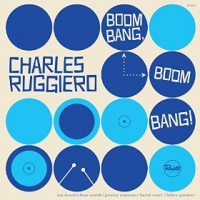 Though jazz drummer Charles Ruggiero has made many recordings as a sideman over the last twenty-five years, he makes his long-awaited debut with Boom Bang, Boom Bang!, paying a tribute of sorts to Herbie Hancock and Chick Corea, two of his favorite jazz artists. Growing up with the sounds of the flute and the Fender Rhodes, ... 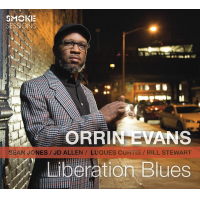 Cyrus Chestnut Midnight Melodies Smoke Sessions 2014 Elegance and economy characterize Cyrus Chestnut's art. Chestnut's career was the one Kenny Kirkland could have had had Kirkland's fate been different. Chestnut (and Evans and Reed) represent the generation given way to with the passings of Mulgrew Miller and Cedar ...

A pianist with great chops, great touch and an attack that fancies many influences from fierce swing to gospel, Orrin Evans is one of the outstanding creative musicians on the New York City scene. His work, no matter what the context--and he loves different contexts--is downright riveting at times. But for the 38-year-old who ...

Available NOW on Motema Music, May 20, 2014 Reassembled after ten years, The David Weiss Sextet delivers a brilliant set of music that serves as a beacon of musical excellence, and a reflection on a year of loss CD RELEASE CELEBRATION - JUNE 25 AT SMOKE JAZZ AND SUPPERCLUB, NYC When Words Fail Features: David Weiss- ...