Dane Alderson was introduced to the language of music by his father (a jazz drummer) at an early age. His first musical love was the drums, but by the age of 13 he had switched his attention to the electric bass. A fan of rock, blues & jazz, he began sitting in and performing regularly with local musicians & bands around his hometown of Perth, Western Australia. In 2001, at the age of 18, backed by James Muller and Scott Lambie, he achieved 3rd place at the National Australian Jazz Bass Awards, held at the Wangaratta Jazz Festival, where he also performed with the critically acclaimed jazz/fusion band ‘K’ featuring Andrew Fisenden, Grant Windsor & Graeme Blevins

Forrest became known as “The Emergency Drummer” in the late 90s* while studying jazz at VCU. He’s earned three Emmy Awards for his session work on separate PBS documentaries, along with Frank Coleman and VGO Productions. Forrest's band will be headlining the RVA Jazz Festival this summer with his band, The WWAY. Along with Chris Whiteman (D-Angelo) on guitar, Jonah Kane West on organ, and Dane Alderson (Yellowjackets, Bob Mintzer Big Band) on bass. Forrest is also a visual artist whose Lyric Portraits can be seen at ArtThruZ.com.

When your band’s regular rhythmist is out sick..

So far, we have broadcast ninety-nine one-hour programs to tell the story of the first 100 years of recorded jazz. We have heard the creative work of hundreds of players, composers, arrangers, and bandleaders, famous and obscure. Each of the contributors to this rich history had colleagues and bandmates with whom they played as they grew ...

The average early October temperature in Duck, NC is in the low to mid 70s, extremely comfortable for an outdoor jazz festival. Add to that the seasonal tourists have all gone home and the summer population of 20,000 is reduced to between 300 and 400 year round residents. Except this past October 8 the thermometer reached ... 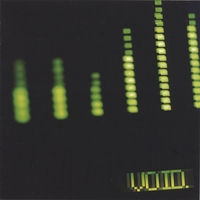