Corey Harris's life and music embrace the black experience in all its dimensions. He burst onto the scene in 1995 with his debut recording “Between Midnight and Day,” an acclaimed exploration of acoustic, rural blues styles. At the time, few really grasped the scope and range of Harris's musical persona. He had solid blues credentials. After street-busking and taking small gigs wherever he could drive to from his home outside New Orleans, it quickly became clear that pigeonholing Harris as a blues musician was never going to work. A native of Denver, Colorado, Corey Harris fell in love with music at an early age, and made his own music with a toy guitar he received at the age of three 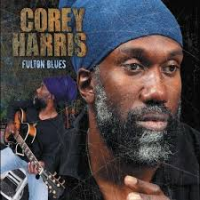 Pennsylvania Blues FestivalBlue Mountain Ski AreaPalmerton, PAJuly 27-29, 2012For 21 years, the Pocono Mountains have been the epicenter of the blues, attracting thousands to the bottom of a ski slope for three days each summer. Blue Mountain Ski Resort lent itself well to the fifteen national acts that performed on two ...

Special Guests Join North Carolina Symphony for a Little "Blues in the Night," May 6-7

RALEIGH, N.C.&#151Bluesmen Corey Harris and Phil Wiggins, sopranos Tina Morris-Anderson and Rozlyn Sorrell and other special guests take center stage with the North Carolina Symphony next month for a fast-paced journey through the history of American blues and jazz. Led by Resident Conductor William Henry Curry, “Blues in the Night" takes place at Meymandi Concert Hall, ...