New York City based Chris Tarry is one of Canada's most successful and celebrated electric bass exports. With three Juno Awards (the Canadian Grammy) for best Contemporary Jazz Album, eight Juno Award nominations, and other high profile accolades he has established himself as one of North America's top musicians.   Chris's work since moving to New York in 2003 has seen him share the stage and recording studio with top musicians such as John Scofield, Dave Binney, Keith Carlock, Oz Noy Trio, Sam Yahel, DJ Logic, and many others.   Chris has produced 9 critically acclaimed albums under his own name and has appeared on over 100 albums around the globe as one of the world's most sought after electric bass players 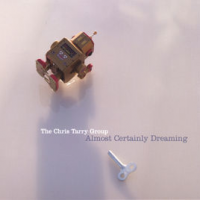 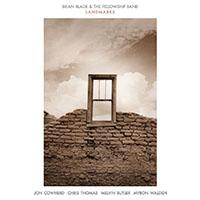 Four records in 16 years may not be prolific, but clearly Brian Blade and his longstanding Fellowship Band aren't about quantity. While a seemingly scant two years separated the drummer's leader debut (and inspiration for the group name), Fellowship (Blue Note, 1998) from its even more impressive follow-up, Perceptual (Blue Note, 2002), the group's next record, ...

All About Jazz is celebrating Chris Tarry's birthday today! New York City based Chris Tarry is one of Canada\'s most successful and celebrated electric bass exports. With three Juno Awards (the Canadian Grammy) for best Contemporary Jazz Album, eight Juno Award nominations, and other high profile accolades he has established himself as one of North America\'s ...

Days 1-3 | Days 4-8 TD Ottawa International Jazz FestivalOttawa, CanadaJune 21-Jul 1, 2012With a total of five main venues--the main stage at Confederation Park, the Studio and Fourth Stage in the National Arts Centre, the OLG Stage tent across the street from Confederation Park at City ...

Days 1-3 | Days 4-8 TD Ottawa International Jazz FestivalOttawa, CanadaJune 21-Jul 1, 2012After a paradigm shift in 2011--deserting its largely “pure" approach to programming for one that acknowledged how, in order for it to survive, it needed to (a) attract a larger percentage from the youth demographic, and ...

Rest of the Story Bassist Chris Tarry has just released Rest of the Story, an ambitious project that combines an album of new music with a collection of his short fiction. In this interview, Tarry talks about creating in two very different worlds; how we was able to move from concept to creation of this large work; and why he ...

All About Jazz is celebrating Chris Tarry's birthday today! NYC based Chris Tarry hails from Canada and is one of that countries most successful and celebrated electric bass exports. With two Juno Awards (Canadian Grammy) for best Jazz Album, six Juno Award nominations, and other high profile accolades he has established himself as one of North ...