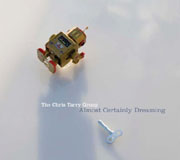 With few bassists in jazz making electric their primary axe--and a recent AAJ interview with Canada-born, New York-based Chris Tarry finding him playing more acoustic bass than ever before--on the follow-up to The Chris Tarry Group's debut, Sorry to Be Strange (Cellar Live, 2006), the bassist's focus remains on the electric variety. He claims, “I never set out to make the electric bass sound like the acoustic bass. My goal was to make it function like the acoustic, and find ...

Why would a very successful musician throw his career away to become just another bassist in New York City?Well, Chris Tarry didn't exactly throw his career away. But the Calgary-born, Vancouver-based Tarry was certainly one of the most celebrated bassists in Canada. As a solo artist and one-fourth of the fusion super group Metalwood, Tarry was a serious presence on the Canadian jazz scene and a winner of two Juno Awards (that's the Canadian Grammy, mind you). 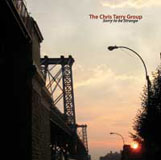 Sometimes it's better to be a little fish in a big pond than the reverse. Not to diminish the vibrant Canadian jazz scene, but when Alberta-born bassist Chris Tarry--who'd won numerous awards for his own work and with the collaborative fusion group Metalwood--relocated to New York a few years back, it was a courageous move. With no shortage of fine bassists in the Big Apple, Tarry went, nevertheless, and has worked with artists including guitarist John Scofield, trumpeter Jim Rotondi ...

Project 33 is a lovely rhythm groove that serves to stage tasteful and compelling improvisation. From the start, this record is mixed so that Mino Cinelu understatedly influences the music rather than overtly declaring his unique presence. The conspicuous lack of aural stratification drives this music to a higher level of aesthetic value. The musicians’ excellent understanding of the needs of the notes shines above all.

“I wanted the album to sound like it had parts (other than ...

When Air Canada Flight No. 706 lands at the gates of LaGuardia, a Canadian music story fuses itself (as so many other great stories have) to the legends of New York City. Chris Tarry, a multi-talented bassist of Canadian national repute, will carry his dream as far as he can take it.

Tarry has already experienced the national acclaim about which so many Canadian musicians dream. He plays bass in Metalwood, a Juno-Award winning group. He has been nominated for ...

Chris Tarry's group isn't the first amalgamation of intimacy to prove itself highly intelligent to the cerebral heart, but it does lay down clearer rules than some. One soft step through the 'Kata' cut, heavy on so much high-hat spray (you'd swear you're in the middle of a snow cone maker), and the wonderland that is Lite Jazz takes on a whole different meaning. Very MacGuyver music, this track. Making a lot out of what instruments you're given. Like ocean ...