Anyone familiar with the Los Angeles jazz scene probably is already acquainted with bassist Chris Colangelo: he has worked at length in the City of Angels jazz circuit, as a leader or a guest, has recorded with other artists, and done stints for television and soundtrack projects. Colangelo, however, is not as well known for his composition skills, which hopefully will change with his latest outing, "Elaine’s Song," the nine-track, hour-long album Colangelo has spent two years putting together. The mostly postbop material is a showcase for Los Angeles talent and positions a basic trio setup (celebrated pianist John Beasley, drummer Steve Hass and Colangelo) alongside other notable L.A.-based players: Benn Clatworthy (who adds tenor sax and flute), Bob Sheppard (who contributes tenor and soprano sax) and alto saxophonist Zane Musa. Chris Colangelo has been living, working and recording in Los Angeles for about the last 20 years or so 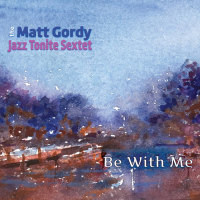 Label: Self Produced
Released: 2022
Track listing: Topsy; You and the Night and the Music; Camouflage; Spring Ahead; Chloe; Be with Me; Soul Eyes; My Shining Hour; Wheatland; Sunny. 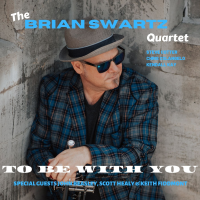 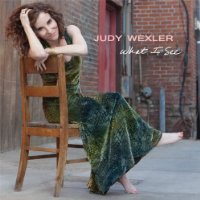 One of the deepest relationships in jazz blossomed on the West Coast in the 1950s, when singer June Christy and arranger Pete Rugolo combined their gifts on numerous albums. Christy supplied the voice and the heart, which Rugolo set off to perfection with exquisite, often surprising arrangements. The deep understanding between the two artists was particularly ...

Judy Wexler’s fourth and newest CD, What I See (Jazzed Media, September 10, 2013 drop date) follows her acclaimed 2011 release, Under a Painted Sky (4-star review in Downbeat, top 10 on JazzWeek radio chart), and 2008’s Dreams & Shadows (profiled on NPR, debuted at #2 on JazzWeek) with another stunning, out-of-the-box collection of tunes. Since ...

Deborah Pearl: Souvenir Of You 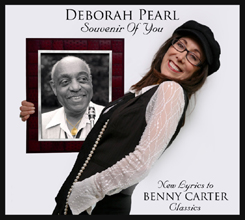 Singer, actress, screenwriter and lyricist Deborah Pearl's debut is a souvenir of a very special “you": alto saxophonist and composer Benny Carter. Pearl has taken 13 of Carter's compositions, added her own lyrics, and produced a lovingly-crafted collection that's a worthy addition to the Carter canon. His instrumental presence is also stamped firmly on the album, ...