Carmen Rothwell is a person who plays bass and lives in New York City. Her first 24.5 years of life were spent in Seattle, where she ate and slept and did most of her homework and always made sure to play with her cats. She also played bass with a variety of excellent people, mostly jazz-ish or improvised- type music but sometimes other things too. Through college and beyond, she gigged often with the various bands/projects that she was in with her friends. Some of those bands (such as Tyrant Lizard and The Sky is a Suitcase) still play and record! Carmen also got to play with many of the non-millennial musicians who were on the scene in Seattle or just passing through, including Cuong Vu, Bill Frisell, Billy Hart, Ted Poor, Wayne Horvitz, and Wally Shoup. She moved to NYC in September of 2016, where she has been working on maintaining her person-ness

Allegra Levy is a young singer who has made a reputation for herself through her witty songwriting and performing. She has sung a lot of her own songs on previous releases but on this one, she changes things slightly by writing her own lyrics to the music of trumpet player John McNeil. McNeil was ...

The distinctive trumpet of Dizzy Gillespie (1917-1993), with the idiosyncratic upward angle of its bell, is transformed into a starship on the cover of Dave Douglas' Dizzy Atmosphere: Dizzy Gillespie in Zero Gravity, seemingly soaring above the stratosphere, in Earth orbit. Douglas has a history of nodding to past greats: pianist Mary Lou Williams on Soul ...

Gregg Belisle-Chi: I Sang To You And The Moon 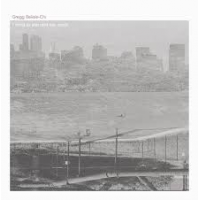 Carmen Rothwell: The Art of Intuition

Seattle, a city synonymous with alternative rock, has long sustained a provincial jazz culture, without a signature sound, but with an openness to innovative, progressive invention. To outside jazz partisans, the city is known for phenomenal high school talent that usually flies the coop, heading east for conservatory training and to pursue professional ambitions.