By TYRAN GRILLO
December 13, 2014
Sign in to view read count 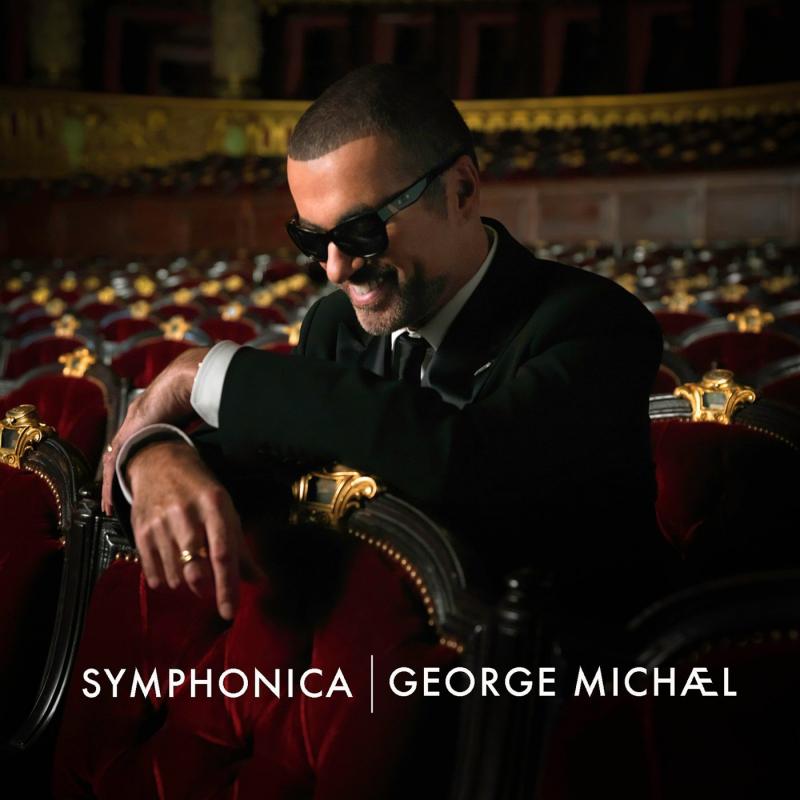 The tireless controversy surrounding George Michael has been tempered by a consistent and intense fandom, which has sustained his creative drive through even the darkest hours. As with many great popular artists, Michael Jackson not least of all, it seems fame has also been a curse. Yet through it all, he has sustained an uncompromising integrity, possessed as he is of one of the most golden voices to ever hit #1. It was precisely this integrity that led to a widely publicized battle over creative control with Sony Music Entertainment in the mid-1990s. A subsequent falling out inspired some of the best music of his career. Fast-forward to 2014, and Michael is still going strong and sounding finer than ever. In testament to his artistic evolution is Symphonica. Culled from performances during his eponymous 2011-12 tour, just shy of his 50th birthday, this live compendium is a most worthy résumé.

Michael has often sung at an intersection of adult contemporary, gospel, and jazz. In the latter vein, his often-overlooked dip into the American songbook, Songs from the Last Century (released 1999), yields the lion's share of tunes on the present disc. The quintessential "My Baby Just Cares for Me," cleverly updated for a progressive audience, leaps with joy in the hands of his longtime bandmates. The rhythm section, comprised of bassist David Finck and drummer Mark McLean, keeps things swinging. Along with unmistakable warmth of musicianship, the thoughtful arrangements of Rob Mathes lend fullness of vision. Whether accompanied by full orchestra in the folk chestnut "The First Time I Ever Saw Your Face" or by big band in "Feeling Good" (a song for which the backup singers also deserve a deep nod), lyrics melt in the natural persuasion of Michael's diction. Mathes brings out the jazzier inflections thereof in deft arrangements of the timeless "Brother Can You Spare a Dime" and "You've Changed."

Further arranging props go to Torrie Zito for the chromatic flutes of "Wild is the Wind" and Gordon Goodwin for "Cowboys and Angels." The last is a Michael original from his second solo album, Listen Without Prejudice Vol. 1 (1990) and receives here a thoroughly cinematic treatment, threaded by a smooth bass line and the altoism of saxophonist Pavel Dvořák (uncredited in the CD booklet). That same album's opener, "Praying for Time," comes across more melancholy than ever in a song of wounds and darkening skies. Reaching back further is "One More Try," a ballad from his 1987 debut, Faith, given a gospelly facelift. "A Different Corner" goes back even further to his period of transition from pop icon to legitimate artist. (It was this song, along with "Careless Whisper," that catapulted him to solo stardom.) Supported by a deep ostinato from keyboard and netted by acoustic guitar and strings, his voice sways with shaded determination.

Rounding out the set is some newer material from his compelling (if underrated) 2004 comeback, Patience. "John and Elvis are Dead" tells the story of a man waking up from a coma to a world that baffles him and is one of that album's most mysterious narratives. Less mysterious but equally visceral is "Through." Although intended to be his last recorded song, it opens Symphonica with bittersweet pathos. Two covers never before committed to disc also make an appearance. Elton John's "Idol" (off the 1976 album Blue Moves) feels especially autobiographical in Michael's remaking, and his voice has never sounded better as it does in a soulful version of Terence Trent D'Arby's "Let Her Down Easy."

Symphonica was produced by George Michael and the late, great Phil Ramone. It was to be Ramone's last credited production and is dedicated to his memory.

Track Listing: Through; My Baby Just Cares for Me; A Different Corner; Praying for Time; Let Her Down Easy; The First Time I Ever Saw Your Face; Feeling Good; John and Elvis are Dead; One More Try; Cowboys and Angels; Idol; Brother Can You Spare a Dime; Wild is the Wind; You’ve Changed.