By JAMES PEARSE
November 10, 2012
Sign in to view read count 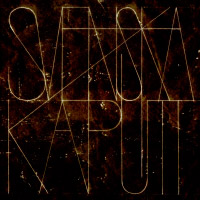 Svenska Kaputt is a hybrid band comprising acclaimed musicians from Stockholm, Sweden's busy jazz and rock scenes. The debut recording, Svenska Kaputt, is a heady brew of jazz exploration (influenced by artists active in the late 1960s) with that of psychedelic and progressive rock (bands from the late 1960s and early 1970s).

While saxophonist Jonas Kullhammar and bassist Torbjörn Zetterberg may be familiar to some All About Jazz readers, guitarist Reine Fiske (of Dungen and, more recently, a guest of Norway's Elephant9) and drummer Johan Holmegard (of Dungen and Goran Kajfes Subtropic Arkestra) may require some introduction. Dungen is a psychedelic rock band heavily influenced by (mainly) Scandinavian progressive music. Key names from the era include Bo Hansson, Mecki Mark Men and Terje Rypdal, among many others.

Influences aside, Svenska Kaputt is essentially a very talented group of musicians using an older sound to explore new areas of composition.

"Tröstlösa Tårar" builds slowly out of a piano melody that seems to twist and turn its way, as if it were relaying ancient folk tales or reading the liner notes of a Jethro Tull record. A flute warbles its way into the sound, presumably like a bird or a butterfly, before a distinctly psychedelic rock guitar and drums pick up the melody and tempo respectively. A brassy saxophone appears and things begin to really take shape.

"Over Surndal" starts off slowly and meanders for nearly nine minutes before the more melodic "Syster Per" and "Happy Ending?" provide Kullhammar and Holmegard ample opportunity to stretch out and really show what their instruments can do within the respective song structures.

Svenska Kaputt is an unusual recording; the ground these four exceptional musicians cover is not new ground but they do it in style. This is a very enjoyable journey that'll be hard to forget.