By NENAD GEORGIEVSKI
May 2, 2020
Sign in to view read count 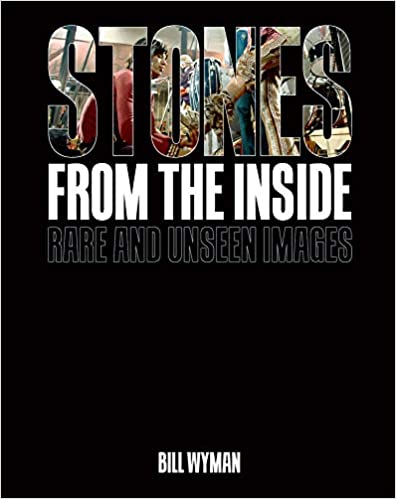 The most important musician in a band is the drummer. Everyone agrees that no group is better than its drummer. Then there are the singers—aka the frontmen—and the lead guitarists, and finally, there are the bassists. The bassist is the other half of what constitutes a rhythm section. The rhythm section is the heart of the band. The bassist's job is to keep the beat without anchoring it. Also, he has to keep the band from straying too far so that the singer and the lead guitarist can be creative, dynamic and flamboyant. Bill Wyman, now a former bassist of, if not the best then the longest-running rock and roll band in the world, the Rolling Stones, was crucial to the band's sound and dynamics along with drummer Charlie Watts. Unlike the other band members, the stoic Wyman was the Rolling Stones' bassist for 30 years while remaining virtually invisible. But, in 1993, after 30 years with the band, he decided to quit and pursue other projects, and by that time, he had already amassed a treasure trove of Rolling Stones memorabilia that was mostly kept in vaults and archives.

In the years that followed since he left the Rolling Stones Wyman's life took a different route. He became an owner of a successful restaurant (named Sticky Fingers), began fronting a minor rock n roll band, Bill Wyman's Rhythm Kings, and is a successful author of several books. Last year he was also a subject of a documentary titled "The Quiet One" that portrayed his life and most importantly it showed Wyman's vast collections and memorabilia from his past that most of the documentary was based upon. Ever since he was a kid, Wyman had a habit of collecting stuff that had sentimental value to him like photographs, books, records, etc. Apart from collecting items, he had a habit of keeping a diary of day to day activities and that sort of stayed with him. When he joined the Stones in 1962 he kept collecting all sorts of memorabilia like gig posters, live recordings, photo albums, items, etc. and over the years these items served as founding blocks of his books such as his autobiography Stone Alone:The Story of a Rock and Roll Band (Da Capo Press, 1997) and the latest Stones From the Inside: Rare and Unseen.

Stones From the Inside features a fantastic collection of photographs of his times with the Rolling Stones taken over the years. Early on Wyman began carrying a 16mm camera everywhere he went and over the years he had amassed an enormous collection of photographs. Adorned with hard cover binding, this big-sized book was selected from Wyman's vast treasure trove and it presents mostly a cache of intimate and behind the scenes photographs taken during different periods of the band's illustrious career. For a start, his photographs show different aspects of the Rolling Stone's world. There's the casual side. Most of the time the people he took photographs of weren't even aware that they had their picture taken so most of the time Brian Jones, Jagger, Richards, Watts, Wood, Ian Stewart and a plethora of friends aren't even posing for a photograph. What these photographs reveal is the causal, human side of these people.

Most of the time, Wyman's photographs offer unprecedented access to the Rolling Stones' inner circle in casual moments, in rehearsals, concerts, dressing rooms, on the road, on vacation, press events. Many of these are previously unseen, and they show the Stones writing, performing, encountering their fans or friends, and relaxing. A lot of band's friends are shown here like Eric Clapton, John Lennon, George Harrison, David Bowie, Keith Moon, comedians John Belushi and Dan Akroyd, to name but a few. Another side portrayed is the working side and there are photos taken from various studio sessions, video shoots, concerts. What these photos recall are some unforgettable periods and moments in the band's history like the making of the Rock and Roll Circus extravaganza to stellar performances in concerts such as Slane Castle in Dublin in 1982, shooting a video in Mexico and many other precious moments.

For the past 60 years, The Rolling Stones established a lot of what is now known as rock and roll iconography. The band has been put under a microscope and everything it has done since 1962 has been put under scrutiny and has been endlessly written about. As a result, it is hard to know anything more about the band or to be revealed and said. But, these pictures were taken by a member of the band who happens to be a dedicated archivist. What we see are things from his viewpoint and his work expands further of what we know of the band and the various times these photos were taken. The behind-the-scenes, intimate and unguarded shots show glimpses, stories and different sides of the phenomenon known as the Rolling Stones. Some portray the inner circle and others show the public side and how the band has gone from dedicated blues purists in the '60s to a glorified, global showband and rock brand.