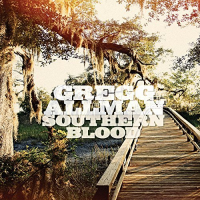 Music made at the end is always necessary listening. It may not be the best, prettiest, most, but it is obligatory if, for no other reason, as a final act of respect for the artist. Examples of compelling music made at the end of an artist's life are manifold. From classical composition, late Mozart, in particular his Clarinet Concerto in A major, K. 622 (1791—composed three months before his death), not to mention his Requiem, K. 626 (1791—unfinished at the composer's death), reflect poignant art at its pinnacle. All of Beethoven's late compositions, but specifically Piano Sonata No. 29 in B flat major, Op. 106 Hammerklavier (1818); Missa solemnis in D major, Op. 123 (1823); Symphony No. 9 in D minor, Op. 125 (1824); String Quartet No. 14 in C sharp minor, Op. 131, (1826) bear the mark of sublimity.

But that is composition and not performance. Recordings made shortly before an artist's death can be a bit of a stylistic gamble, not to mention, being a matter of poor taste. A case in point is the final recording by Anita O'Day, Indestructible (Kayo, 2006). This recording very possibly should have never been made. That said, it can serve to remind us that the blush of youth is fleeting, even for the gifted. Billie Holiday's final recordings, Lady in Satin (Columbia, 1958) and Last Recording (MGM, 1959) reveal a shell of the singer, decimated by drugs, drink, and bad decisions, but expressing a dense pathos so compelling, one cannot aurally turn away. This same pathos can be heard on June Carter Cash's Wildwood Flower (Dualtone, 2003) and Johnny Cash's Johnny Cash: American VI: Ain't No Grave (American Recordings, 2010). In jazz, few valedictories are as revealing and gripping as Michael Brecker's Pilgrimage (Heads Up, 2007).

So now, our childhood heroes are beginning to pass through that thin veil. Shortly before Gregg Allman's death from liver cancer on May 27, 2017, the singer completed preparation of what would be his final album, Southern Blood, recorded, fittingly, where his older brother once recorded, at Fame Studios in Muscle Shoals, Alabama, and produced by musical raconteur Don Was. Is this a definitive recording, capping a 50-year musical career? No, it is not. It is Gregg Allman going into the studio to do what he did, make music. While Allman knew the end was near, he still had a job to do and he did it with determination and grit, not unlike when Jimmie Rodgers recorded "Years Ago" in New York City, May 24, 1933, three days before his death.

What Southern Blood proves to be is a Don Was production. While we can ruminate over "the Muscle Shoals" sound, but this recording was never going to sound like Wilson Pickett's Hey Jude (Atlantic, 1969). Southern Blood benefits (or suffers) from exceptional production and sonics. So much so, that any organic-ness the music may have had, was homogenized out. That does not mean that the recording has nothing to offer. On the contrary, this is Gregg Allman's last word. Allman's original "My Only True Friend" opens the disc, stating, "I got so much left to give / But I'm running out of time, my friend / I hope you're haunted by the music of my soul / When I'm gone / Please don't fly away and find you a new love / I just can't face living this life alone."

Allman treats The Grateful Dead's "Black Muddy River" gently, exhaling an entire history of music, something he continues with during his full-bore reading of Lowell George's "Willin.'" The best song of the collection is Spooner Oldham and Dan Penn's "Out of Left Field," from which Allman coaxes all that is Muscle Shoals. This is what Gregg Allman was all about. In this song lingers all of the soulfulness Allman poured into his singing. "Out of Left Field" elevates the singer to the level or Joe Cocker regarding white soul singing.

The grain of sand that is mortality shows up on Jackson Browne's "Song for Adam" (on which Browne provides background vocals). Allman is obviously fragile, barely sounding like even a shadow of himself. Fittingly, Allman's voice has become translucent, allowing Browne's musical aura to shine through in a way the composer never did on Allman's supreme version of his "These Days."

"I'm holding out my only candle
Though it's so little light to find my way
Now this story's been laid beneath my candle
And it's shorter every hour
As it reaches for the day
Yes, I feel just like a candle in the way
I hope I'll get there
But I never pray."

Yes, Gregg Allman knew the end was near and he did the only thing he could do...sing.