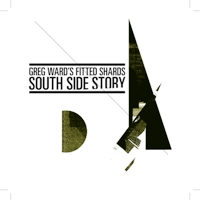 Clearfield multitasks via crunching synth sounds and fluid electric piano lines, as the rhythm section guides the band through odd-metrics and tricky unison-based time signatures. Ward's yearning notes serve as a radiant contrast, where sugar and spice align with gargantuan opuses and torrid soloing spots as he cunningly displaces themes along the way. Ward's memorable compositions sustain interest, and by no means is this album simply a cutting contest; it's a stylish and prismatic encounter, standing as an unanticipated surprise for 2010.