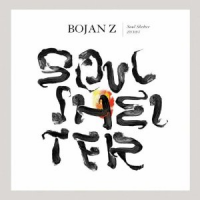 In twenty years as leader, pianist/composer Bojan Z has been judicious with the frequency and quality of his releases. Soul Shelter is his ninth CD in that time, and his first solo outing since Solobsession (Label Bleu, 2001). A new release by the pianist is always an event, and the wait, as always, has been worth it. The music on Soul Shelter covers wide stylistic territory and marks another significant milestone in Z's captivating career to date.

Ten of the eleven compositions are originals, and this marks the biggest shift from Solobssession, where almost half the tracks were interpretive ventures. Z's Balkan roots still influence much of the music, but he blends and bends genres so convincingly, that baroque figures, Balkan airs and rag rhythms intertwine to weave a vibrant, inclusive mosaic. Electric piano—reinvented to superb effect on Xenophonia (Label Bleu, 2006)—adds subtle textures occasionally, but this is essentially a bare bones piano outing, and a beguiling one at that.

"Full Half Moon" represents a beautiful confluence of Z's influences; the lovely baroque intro eases delicately into Balkan folkloric realm, before Z's tumbling, Keith Jarrett-esque lines change the composition's course. Though Z's a wonderful technician and soloist, Soul Shelter is perhaps better defined by adherence to melody and song form, and the pianist's virtuoso displays are limited, and for that reason, all the more impacting. Melody always rises to the surface—almost surreptitiously at times—as on the ruminative "Sweet Shelter of Mine, where it wafts in and out like an elusive breeze, finally asserting its presence.

Wavy electric piano imbues a Ray Charles soul-funk vibe on the intro to "Hometown," but Z is rarely if ever predictable, and is soon exploring moodier terrain. Even at his most tangential, there's always the sense with Z that the defining melody is never far away. "Bohemska" packs plenty of punch in three minutes, moving from its Thelonious Monk-esque intro to Balkan themes and finishing with dashing, melodic runs in the tail. The classically-tinged "Dad's Favorite" boasts a simple yet grand melody, and manages to be vaguely sad yet unabashedly romantic.

Contrast between light and heavy shading partly defines Z's approach, particularly on the gentle "Sabalaye Blues," where his singular use of damped strings is as much narrative in effect as percussive. On the episodic "Nedyalko's Eleven" electric piano-drone contrasts with Z's fluid, dramatic glissandos and urgent, punched block chords. After a period of moody abstraction, Z is inevitably drawn again to the beautiful opening melody, as though woken from fitful slumber by warm sunlight.

Drama and beauty are everywhere juxtaposed; the nervy atmospherics of the vignette "Subway"—almost keyless bar odd notes that fall like drops of water—give way to the flowing lines of the folk-flavored "303." Electric piano brings lyricism to the music-box "Sizuit Forever," and Duke Ellington's timeless "On a Turquoise Cloud" closes the CD with exquisite, slow-waltz elegance. Utterly absorbing and quite beautiful, Soul Shelter is essential listening for those who still have faith in the possibility of solo piano to surprise and delight.