By MATT MARSHALL
January 29, 2013
Sign in to view read count 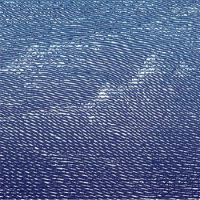 Solo, Volume I finds guitarist Ryan Blotnick returning to his roots. Not only has he scaled back to his bare, musical minimum—a man and his guitar—but he's also relocated from New York City to the Amherst/Northampton area of Massachusetts, all in an attempt to get closer to the life and music he knew growing up in Maine. The idea was simple: armed with his 1959 Martin 00-18, outfitted with a single coil pickup, he'd fashion a personal, acoustic/electric music not sullied by concerns over what someone else might want him to play.

The result is a meditative, often haunting record, full of dark, open spaces and welcome misdirections. In this, it's not a huge departure from its immediate predecessor, Everything Forgets (Songlines, 2009), an album of trio and quartet music that features economic playing from Blotnick and plenty of atmospherics. The structure of Solo, however, with the onus completely on guitar, is rather more conventional. Repeated, finger-picked patterns dance brightly on many of the tracks, with strong slides linking individually plucked notes to brightly strummed chords. Blotnick even covers the traditional ground of Spanish classical guitar (the dark, shifting "Lenny's Ghost") and waltz (the lively but bittersweet "Salt Waltz"). But the music often has jagged edges, the tone commonly is warped or otherwise distorted, and the lines, as they quicken and become more urgent, might fumble into one another, creating moments of clashing agitation.

Aside from the opener, a sparse, melancholic reading of Thelonious Monk's "Monk's Mood," all the material on this 32-minute album is composed (or improvised) by the guitarist. The record sounds largely acoustic, but echo and other effects certainly are not foreigners here. "Dreams of Chloe" recalls Neil Young's ringing soundtrack to Jim Jarmusch's film Dead Man—and "The Ballad of Josh Barton," which follows, indeed shares a kinship with the bits of acoustic music from that score—while "Intermellem" loops with digital-age warble. John Fahey's influence can be detected throughout, but is most notable in Blotnick's penchant for coming to a full stop within a piece, pausing, then heading off over melodic or textural terrain either mildly or completely divorced from what had preceded it. Such shifts (both intra- and inter-song) help fuel this vibrant, thought-provoking solo set.

Also of interest, Blotnick has carried the go-it-alone mantra beyond his guitar playing, producing and now marketing the album himself. To start, it will be available exclusively as a download, sold on a name-your-own-price basis. While Blotnick intends to return to Songlines for his next group project, and still hopes to release the recording on vinyl and, perhaps, CD, for now he finds the expediency and full control afforded by the download method appealing for Solo. He was anxious to get the work out to the public, and, in the age of Kickstarter and record label decline, was curious to explore the direct, fan-funded model. With this move, Blotnick joins a growing cast of musicians (and artists in general) who are taking care of business themselves.