John Fahey was born on February 28, 1939 in Takoma Park, Maryland. His father played popular songs on the piano and Irish harp, and his mother was also a pianist. John spent his youth raising wood turtles and fishing in the Susquehawa River and upper Chesapeake Bay. On Sundays the family went to the New River Ranch in nearby Rising Sun, MD where they heard the top country and hillbilly groups of the day, like Bill Monroe and The Stanley Brothers. On a fishing trip in 1952 John met a black singer and guitarist named Frank Hovington, whose fingerpicking style so intrigued John that he bought his first guitar soon thereafter, a Sears Roebuck model that cost him $17.00, and started teaching himself to play.

In 1959 while at college, he recorded an album, using as his name Blind Joe Death, and pressing only 95 copies. After getting a B.A. in Philosophy and Religion from American University, Fahey moved to Berkeley, California in 1963, where he established his own label, Takoma Records, and began his long recording career. The following year he moved to Los Angeles, got an M.A. in Folklore and Mythology from UCLA, and was instrumental in the rediscovery of blues artists Skip James and Bukka White. He expanded the Takoma label to include fellow guitarists Leo Kottke and Peter Lang, among many others, and New Age pioneer George Winston was another whose early career was nourished by the quirky innovator.

Fahey performed instrumentals that, because of his use of space and atmosphere, hinted at New Age a couple of decades before that genre was born, but his music generally contained much more variety and expressed quite a few different moods, often unpredictably.

The reissue called “The Legend of Blind Joe Death” includes all but one of the songs from the original 1959 recording although some are remakes from 1963 and 1967 (a few numbers are heard twice) because Fahey felt that his technique had greatly improved. Even on these early compositions, Fahey’s approach to playing blues and folk music was quite unique and his guitar tunings were unusual. “The Transfiguration of Blind Joe Death” is another early set that keeps one guessing, alternating moods constantly.

Despite its title, “The Dance of Death & Other Plantation Favorites” (1964) contains mostly original material. The guitar recital mixes together blues, Appalachian hillbilly music, and country, yet is strikingly original. There is even an Indian raga and a version of the Western swing classic “Steel Guitar Rag.”

”Days Have Gone By,” could be considered avant-garde folk music, an otherwise largely nonexistent style. Fahey’s mixture of folk styles from a variety of cultures all infused with the blues, some dissonance, and skillful finger-style guitar, is unique. Few other musicians would title a song “The Portland Cement Factory at Monolith, California.”

”Death Chants, Breakdowns and Military Waltzes,” contains all of the music recorded on Fahey’s two albums of the same name from 1963 and 1967, with most of the songs heard in two versions. Although containing original material, Fahey’s music often looks back to the 1800s not only with nostalgia but with a bit of whimsical distortion. How else to explain songs with the titles of “The Downfall of the Adelphi Rolling Grist Mill” and “Dance of the Inhabitants of the Palace of King Philip XIV”?

”America,” contains a pair of lengthy pieces (“Mark 1:15” and “Voice of the Turtle”) and the whimsical title “The Waltz That Carried Us Away and Then a Mosquito Came and Ate Up My Sweetheart.” The CD reissue also adds quite a few previously unreleased selections to the program, ranging from a Skip James blues to “Amazing Grace,” “America,” and a classical piece.

While all of the recordings mentioned thus far are solo acoustic guitar sets, “The Voice of the Turtle,” features Fahey playing duets with a variety of artists and ranging musically from Indian ragas to ancient blues, early country, and rockish psychedelia. His other Takoma sets that are available on CD include “The Great San Bernardino Birthday Party and Other Excursions,” which is a collection of odds and ends circa 1962-1966, and The New Possibility: John Fahey’s Guitar Soli Christmas Album/Christmas with John Fahey, Vol. II, a reissue of his popular low-key sets of Yuletide favorites.

John Fahey sold the Takoma label in the mid-1970s but continued recording for other labels and retained his unusually open style. Health problems began to dog him from 1986 on.

Although Fahey preferred to be known as an American primitivist, he was widely acknowledged as the “godfather of the New Age guitar movement,” and his recordings (over thirty albums for a wide variety of labels) showcased his ongoing musical explorations. At the same time, he never lost his early love for traditional and roots music forms, and during the early 1990s he formed another record label, Revenant, to reissue classic recordings of early blues and old time music. At the time of his death the “stubborn genius” (in the words of Pete Seeger) was working on a new album, “Summertime and Other Sultry Songs.

John Fahey’s unique music is well worth exploring for no one sounded quite like him. Show less 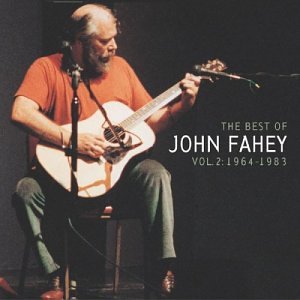 The Best of John Fahey

Days Have Gone By

All About Jazz musician pages are maintained by musicians, publicists and trusted members like you. Interested? Tell us why you would like to improve the John Fahey musician page.