Sittin' In with the Odean Pope Trio at the Kimmel Center 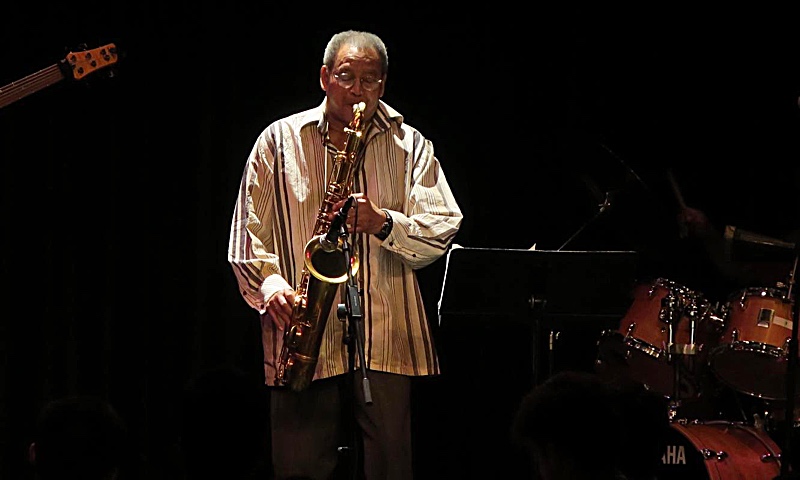 The Kimmel Center's informal Sittin' In program is always about direct connections and communion, but April's exceptional event raised the bar up to the ceiling. Not everyone was even able to sit since the basement theater was packed enough to require some standing along the walls. The enthusiastic crowd came out to acknowledge Jazz Appreciation Month, to honor some local icons and enjoy a one-of-a-kind reunion that had been too many years in coming.

The feature draw was a performance from Odean Pope, bringing his saxophone back to one of his old stamping grounds with the help of some exceptional trio-mates. Philly natives Gerald Veasley and Cornell Rochester had been Pope's backers on his debut Almost Like Me (Moers Music, 1982) and later followup Out for a Walk (Moers Music, 1990), but the three had rarely been active together since making a splash at the Moers Jazz Festival in 1995. Radio host J. Michael Harrison had never forgotten those recordings or the band's sizzling chemistry, however, and his fervent behind-the-scenes work finally managed to bring the trio back for the night's special event.

Harrison was celebrating a recent birthday and reaching the twenty-year mark in hosting his eclectic jazz program The Bridge on WRTI. For that and other services to the arts, he received Philadelphia's 2017 Jazz Hero Award from the Jazz Journalists Association to start the night. 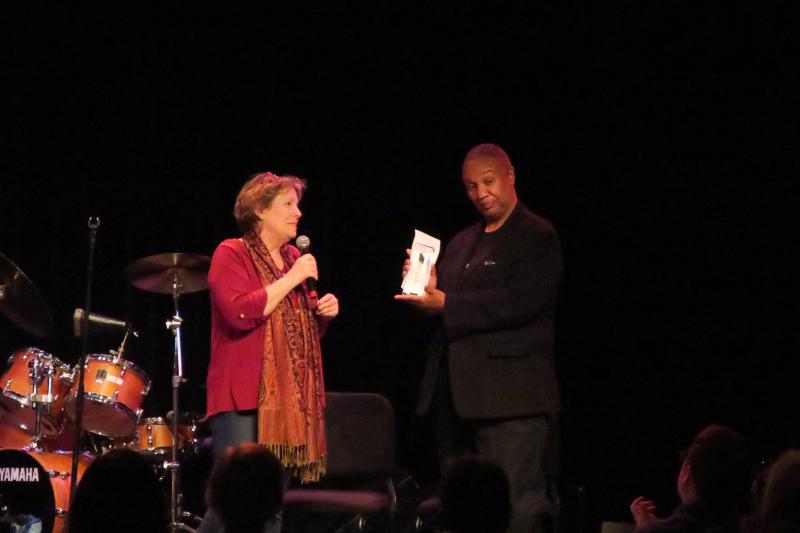 Between the presentation from Jazz Bridge co-founder Suzanne Cloud, the warm shout-outs to friends and associates in the room (including All About Jazz's own Michael Ricci) and some good-natured joshing with the crowd, the room was plenty full of love before any performance even started. It also didn't hurt that the promoters offered a complimentary round of Brother Thelonious beer, which prompted a remarkably polite mini-stampede out the door and disappeared in a matter of minutes.

Pope sat down with Harrison for a brief audience Q&A, giving a little background on past projects and describing his two-decade tenure with Max Roach as "like going to the highest university in the world." It was a fun chat, but the true lesson for us came once the trio walked onstage. They demonstrated a master class's worth of instrumental firepower and simply blew the doors off the place. For the next 90 minutes, Pope balanced sheets-of-sound wailing with beautiful melody lines at a pace exciting and dizzying.

If we hadn't been told so, nobody in the room would have believed this was the trio's first performance together in more than a decade. Drawing from Pope's songbook, they attacked the material with the excitement of school kids on the first day of summer. Each got their share of barn-burning solos, though Veasley stepped out on his electric six-string bass the most often by far. Weaving, bobbing as if possessed and executing the most ridiculously intricate motifs with unruffled flair, he deserved every moment in the spotlight.

The group ran through walking vamps, jaunty solos, cowbell trance and a crazy climax with the first piece alone. One couldn't help wondering where the show could go from there, but somehow they only ratcheted things up even more each time. The rapid-fire unison lines of "Almost Like Me" had them taking off and flying again through a rhythmic jungle interlude before trading more showcase moments for all.

The trio never lost their ear for the dynamic structure of a piece, turning from busy squealing to whisper-quiet floating and back on a dime. The audience jumped in to clap along more than once and heartily hollered to drive the players on to even livelier heights. Pope listed a song's entire chord sequence at one point just to demonstrate how intricate it was, to a well-earned round of laughter—yet regardless of the complexity, the players nailed each nuance with clockwork precision. The set made one extended roller-coaster of notes, beats and wails in service of building to one thunderous crescendo after another.

After Rochester brought the house down with his final round of juiced-up flailing, the crowd was on their feet and cheering their heads off. It was a great delight to experience the force that must have stunned the Moers audience so much back then. Whatever else has transpired in all the time since, this particular Odean Pope Trio has lost no ground. They picked up without missing a beat and gave us all a night we won't soon forget.