From the 1995-2003 archive: This article first appeared at All About Jazz in June 2000. In addition to being one of the finest contemporary jazz trumpet players, John Swana is a human being who is spontaneously authentic and refuses to play a false role. Having reached the ripe old age of 38, John has ...

Center City Philadelphia will be energized with discussion and performance at the 2nd Annual Jazz Philadelphia Summit on October 11 and October 12, 2019 when regional and national jazz luminaries explore the city’s deep jazz roots and discuss its future. Musicians, jazz enthusiasts, advocates, funders, and the arts and culture community are gathering at the Kimmel ... 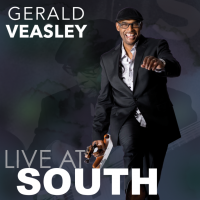 Jeff Duperon: Building a Jazz Bridge for Musicians and the Community

[For almost fifteen years, Philadelphia's Jazz Bridge has been providing funds and services to professional jazz and blues musicians in need. On Sunday, June 3, 2018, Jazz Bridge will hold its annual fundraiser at the Independence Seaport Museum at Penn's Landing. There will be food, drink, fun, and an opportunity to meet the musicians. The honorary ...

49
Article: Under the Radar

Sittin' In with the Odean Pope Trio at the Kimmel Center

Odean Pope TrioSEI Innovation Studio @ The Kimmel Centerjny: Philadelphia, PAApril 12, 2017 The Kimmel Center's informal Sittin' In program is always about direct connections and communion, but April's exceptional event raised the bar up to the ceiling. Not everyone was even able to sit since the basement theater was packed ...