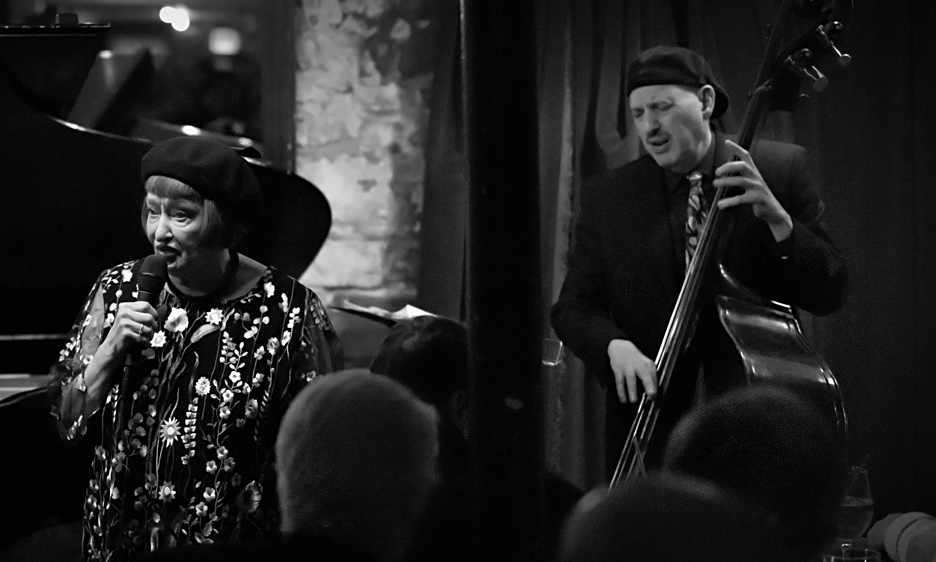 If the art of song is only as vibrant as the colors from which one draws, then Sheila Jordan perhaps has the broadest palette of any living jazz vocalist. At the tender age of 90, she is blessed with a patience that imbues every syllable with wisdom and experience. Sandwiched between the headliners during New York City's 2019 Winter Jazzfest, her unaffiliated performance in a sardine-packed Mezzrow with pianist Alan Broadbent and bassist Harvie S paid testament to the power of intimacy.

Jordan began characteristically with an autobiographical introduction, welcoming the audience into her life as they had her into theirs. Broadbent and S provided a full spectrum for her vocal brush, so that every tune jumped into frame with loving photorealism. Throughout such classics as "Heart's Desire" and "I Should Lose You," Broadbent elicited a sparkling air from the keys, setting off rounds of solos that included Jordan's own instrumentalism. "On a Slow Boat to China" was especially whimsical, and balanced well with Kenny Dorham's ponderous "Fair Weather." Broadbent and S played a buoyant intermission of sorts, shot with pointillist bassing, before finishing out with "Falling in Love with Love." The latter was a quintessential frame for Jordan's scatting, which after all these years still feels like an entirely separate channel of her artistry (she doesn't so much sing as play her adlibs in the deepest sense), and was one of a handful of overlaps from the trio's archival gem, Better Than Anything. Others included "If I Had You," sounding as ripe as ever, and "I Concentrate on You," the musical equivalent of hearth on a cold night. At any given moment, Jordan's respect for—and place in—the histories of these songs soared. Like a skilled parachuter, she circled the edges of notes before landing on them, understanding the subtlest movements of air and their effect on the future.