BY DAN BILAWSKY
February 17, 2010
Sign in to view read count 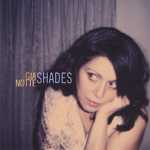 Margie "Gia" Notte's debut recording, Just You, Just Me & Friends—Live at Cecil's, (GNote Records, 2009) was an exciting standards-based journey. Her follow-up, Shades, also finds her interpreting some well-worn songs but the delivery and the arrangements make this more than a run-of-the-mill recording. While the adrenaline-fueled excitement from her live recording is hard to match in a studio setting, she substitutes this quality with a more polished delivery. Each arrangement shows a different side of Notte and the nuances she adds to these songs prove her to be an artist that is constantly growing.

"Caravan" opens the album with a sense of intrigue and excitement that comes through in the music. Don Braden, who worked with Notte on her first album, returns for this record and contributes some flute work to this track. After a performance of "Speak Low," Notte's delivery gains a little sass and spunk as she sings "Close Your Eyes" over a comfortable, mid-tempo swing feel. Freddie Hendrix takes the first solo and saxophonist Guy Notte makes his lone album appearance on this track. Pianist Brandon McCune works in a tasty rising chromatic pattern at one point during his solo. "My Funny Valentine" is taken at a brisk tempo but Notte creates some space and stretches things out at the start of phrases to give the piece some elasticity. Bassist Tom DiCarlo and pianist Jason Teborek play a rising-and-falling riff in the background and Braden delivers some soulful saxophone work.

"Since I Fell For You" has a bluesy feel to it and McCune and Braden seem right at home in this atmosphere. Kahlil Kwame Bell provides some percussive seasoning, with subtle shakers and wind chimes coming in and out of the mix, on "The Look of Love." This track is equally soothing and seductive thanks to Braden's flute work and Notte's delicious delivery. "Autumn Leaves" is taken at an extremely slow pace and drummer Cecil Brooks III holds it together with his brushwork. Notte's voice sounds bright and optimistic on "I Wish You Love," while "Lover Come Back To Me" proves to be a high point on the album. Brooks provides some hip New Orleans grooves and Hendrix's trumpet work is fiery and fresh. "It Don't Mean A Thing" begins with a mystical vibe as the band creates a continuous drone-like presence. Notte delivers some deep, earthy vocals in a Cassandra Wilson-esque vein and, once things start to swing, there is a parade of solos with Brooks and DiCarlo finally getting some space to show their stuff. Notte finds a balance between despair and hope as she sings "What'll I Do" and Braden's flute matches her mood as the album draws to a close.

Caravan; Speak Low; Close Your Eyes; My Funny Valentine; Since I Fell For You; The Look Of Love; Love Me Or Leave Me; Autumn Leaves; I Wish You Love; Lover Come Back To Me; It Don't Mean A Thing; What'll I Do.