By C. MICHAEL BAILEY
June 17, 2018
Sign in to view read count
Jazz vocals remains a vibrant and productive subgenre as evidenced by this spate of recent releases. 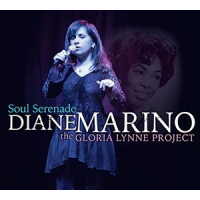 Singer Gloria Lynne had a long and productive career, one that remained unjustly in the shade, deserving of the attention that it is getting now from singer Diane Marino on Soul Serenade: The Gloria Lynne Project. Marino began on piano, studies with Murray Perahia at the Mannes College of Music before moving on to a prolific vocal career lasting the past 35 years. Soul Serenade us Marino's sixth release, following most recently her 2013 release Loads of Love (Self Produced). The recording is less a tribute album to the artist than an homage to the artist's repertoire. Brad Cole's production and arrangements are spit-shined. Cole provides Marino a lush and soft ground upon which to vocally travel. This sonic environment is best experienced on the opening "Somewhere in the Night" and "Blue Gardenia." The charm in this collection is that it is not made up of stone cold standards, rather it contains the interpretations of one fertile jazz mind re-interpreted by another. It is curious that Marino chose not to cover "Watermelon Man" for which Lynne had penned lyrics. On one hand, doing the expected leavens the creative value of a project. On the other hand, it would have been interesting to see how Marino would have handled the song. This disc has a very contemporary sound to it and should appeal to those liking adult contemporary jazz. 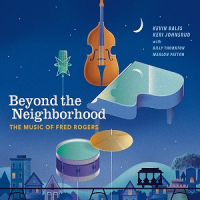 Kevin Bales & Keri Johnsrud
Beyond the Neighborhood: The Music of Fred Rogers
Self Produced
2018

It would be hard to identify a more fitting musical talent whom to honor than Fred Rogers. Chicago-area vocalist Keri Johnsrud joins forces with a piano trio led by pianist Kevin Bales with the rhythm section of bassist and vocalist Billy Thornton and drummerMarlon Patton. The repertoire is all of Fred Rogers, who, for 35 years, hosted the children's television show Mr. Rogers' Neighborhood where all of these compositions were originally premiered. That said, this is not your parent's Mr. Rogers' Neighborhood music. Johnsrud and Bales have re-arranged, if not completely re-imagined these pieces, injecting them with some potent contemporary musical thought into the mix. These interpretations are at once demanding and familiar. "It's You I Like" is given a forward-thinking treatment with a propelling introduction that pushes Johnsrud to sing with robust gusto. Bales' adds a complexity to the head and harmony of the song that demands the listener sit up and pay attention while swing hard enough to cause a nosebleed. On the other end of the rhythmic spectrum is "When the Day Turns Into Night," taken as a beautiful ballad that turns Johnsrud wistfully introspective. There is a lot of smart jazz made. But there is little jazz this smart...or fun! 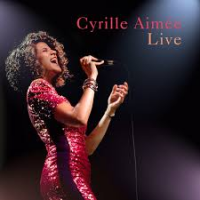 Cyrille Aimée is an artist who inspires anticipation. Her 2016 recording, Let's Get Lost (Mack Avenue Records) revealed a fully formed artist immune to classification: as at home with "Lights are Low" as she is with "Stand by Me." Her beautifully quirky vocal deliver and intelligent arrangement choices make Aimée performances events to be carefully considered and savored. Cyrille Aimée -Live is a welcome third live recording by the artist, preceded by Cyrille Aimée and Friends Live at Small's (Live at Small's, 2010) and Cyrille Aimée and The Surreal band Live at Birdland (Cyrillemusic Records, 2018). The present edition of live music was recorded at New York City's (Le) Poisson Rouge in August 2017 and represent the final performance with her longstanding band comprised of guitarists Adrien Moignard and Michael Valeanu, bassist Dylan Shamat, and drummer Dani Danor. This change comes with one in locale also, as the creatively restless singer relocates to New Orleans where the singer intends to touch her French-Dominican heritage.

But not before this final performance. Aimée's band is unusual in that it employs a pair of guitarists as the harmony instruments. The effect is one of a touch of gypsy jazz presented in a thoroughly modern context. Aimée and her band are completely capable of burning barns as is indicated on the opener, "It's A Good Day" and the Francophonic original "Nuit Blanche." The latter tune features frenetic guitar soloing sparing with Aimée's high-wire-no-net scat singing. Remaining in the original French, the singer turns on a stylistic dime, presenting Sidney Bechet's ""Si Tu Vois Ma Mère" as a fine ballad. She follows Bechet with Stephen Sondhei's "Live Alone and Like it" that she had previously performed at a 2013 Stephen Sondheim tribute concert she starred in with Bernadette Peters, backed by Wynton Marsalis and the Jazz at Lincoln Center Orchestra. Aimée and the band grind it out on this unlikely blues. Add to this, Michael Jackson's "Off the Wall" rubbing up against Thelonious Monk's "Well, You Needn't," featuring bassist Shamat. A fabulous recording all of the way around. 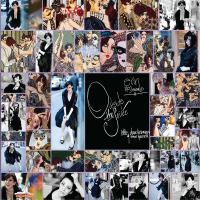 Erin McDougald's Outside the Soiree reminds me very much of Cécile McLorin Salvant's Dreams and Daggers (Mack Avenue, 2017). Eclectic repertoire presented and performed in a progressive-forward manner as an integrated jazz tone-poem. McDougald's voice and vocal approach are every bit as elastic and pliant as the arrangements the singer and pianist Rob Block fashioned. Fresh and innovative, these arrangements, employing dramatic time changes and crack dramatic pacing, set this collection of standards apart from the other millennium of releases in the recent past. Whether it is the off-beat rhythmic punch of "Don't Be On the Outside," or the dizzying time changes of "Brother, Can You spare a Dime" the pure invention of the charts is a joy. McDougald's singing style melds well with the arrangements. The singer gives a lengthy and piquant reading of "Spring Can Really Hang You Up the Most." After a languid introduction, bassist Cliff Schmitt set a jaunty stroll, enabling McDougald and saxophonist Dave Liebman plenty of room in which to play. Trumpeter Tom Harrell provides solid support and soloing on "The Man with the Horn." The title piece is a slightly nervous original composition that features Rob Block on guitar. The piece bears a certain Broadway panache in McDougald's angular lyrics and may be the most effective song in the collection. This disc is special, revealing hidden charms with every listen. 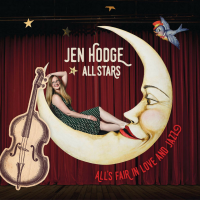 Bassist and vocalist Jen Hodge favors an old-style, swing sound, acoustic to be sure. It is a throwback sound that is at once quaintly cool and breezily warm. The fifteen selections are firmly anchored by Hodge and guitarist Josh Roberts who plays the most solid 2/4 time. This is a light, tight brand of trad jazz that makes one tap feet in time to music and is inherently happy and joyful. The band is a quintet that has drummer Marti Elias rounding out the rhythm section and features traditionalists trumpeter Chris Davis and reedsmith Connor Stewart. This quintet sounds larger because of Hodge's solid rhythm section. Davis plays with a close tart tone, be it open bell or muted. Stewart fashions a slippery clarinet and a full-throated tenor saxophone (as on the "Swamp Bucket Challenge").. Hodge's voice is well suited for her repertoire, mostly tunes from the '20s and '30s, save for Hodge's original compositions. "Shout, Sister, Shout" features Jen's Male Chorus backing the leader.

The diptych "Viper's Dream" and "Hell's Bells" draws a stylistic perimeter around the music, marking it as presented in the vernacular. The swing is certain and the pacing precise. "Stompin' at the Savoy" (played rhythm section only) stomps and "Rockin' in Rhythm" (the whole band) rocks, both showing Hodge's sure grip on her material. While instrumentally stripped down, these songs reveal the strong bones of well-conceived songs. And, I believe that this is what defines the best of the early jazz, careful craftsmanship couple with joy and a deeply experienced sense of humor. Isn't that music is supposed to be about? 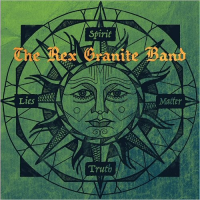 Ah'm a goin' to thah roadhouse and Ah'm a gonna have a reeee—-al good time. 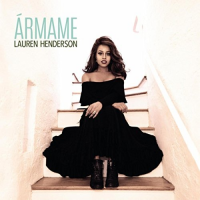 Impeccably produced, .vocalist Lauren Henderson's Ármame is a collection of a baker's dozen tunes: original compositions and inspired covers of more recent jazz vocal fare. All of the selections reveal a bit of a Latin influence, rhythmically and it the refined production. Producer Mark Ruffin ensured that Henderson's exceptional instrument was cast in a plush and inviting environment. The music is arranged faintly Latin throughout. Henderson is fluent in Spanish and Portuguese, making the best out of both of them. The "standards" includes a moody and impressionistic performance of the late Amy Winehouse's "Love is a Losing Game" and Blossom Dearie's "Inside a Silent Tear." Standouts on the recording include trumpeter Josh Evans and pianist Eric Wheeler both providing solid performance on the recording. Henderson's music is vibrantly contemporary performed with an informed and confident musical attitude. More of this kind of music would be more than welcome.