When Gloria Lynne was growing up in Harlem, like so many of her peers, life revolved around music. The icons---Sarah Vaughan, Carmen Mc Fitzgerald---were the revered singers of the time and were Gloria's idols.

Lynne began singing as a very small child in the local Mother African Methodist Episcopal Zion Church, but she was also interested in secular music. She entered numerous amateur talent contests, including one at the famed Apollo theatre, which she won, and these helped to attract attention. Although she studied music for five years, much of her learning was gained through gigging with jazz musicians including Quincy Jones, Bobby Timmons, Philly Joe Jones and Harry "Sweets" Edison.

She began making records and in the early 60s had minor hits with "June Night", "Love I Found You" and a big one with "I Wish You Love", a recording that did much to establish her career. She toured as supporting artist to many other singers, such as Ray Charles, Ella Fitzgerald and Billy Eckstine. Nevertheless, after the hits and some moderately successful albums, limelight work became harder to find.

The late 60s and 70s were leaner years, although Lynne never stopped singing, continuing to develop her personal style and keep her voice in good order. Perseverance paid off and in the 90s an earlier recording of hers, "Speaking Of Happiness", was used in the movie Seven, and was also taken up for a television commercial for the Ford Motor Company both in the USA and the UK. This helped to reawaken interest and her appearances became higher in profile; a new recording in 1997 “This One’s On Me,” drew the attention of audiences who had lost touch or who had missed her earlier heyday, and put her on the comeback trail.

There are many reissues of her material available as “Greatest Hits,” on V.I, there is also a box set out compiling The Everest Years, also titled “I Wish You Love.,” that chronicles her recorded output for the label between 1958- 1963.

But Ms. Lynne is not through yet by any means. Lynne's voice is strong and authoritative and even as she approached her late 60s, she displayed no loss of power and few of the inevitable signs of ageing to which singers are prey. Lynne is still in excellent form on “From My Heart to Yours,” her 2007 release, and currently on the jazz radio charts. Gloria Lynne has recorded her finest album since the 1960s.

She was given a Pioneer Award by the Rhythm and Blues Foundation in 1997.

Hits are one thing---they are, at best, temporary in a lifetime career. Performance becomes the defining quality that bridges the years. Wherever she plays and whoever she plays for, Gloria leaves audiences stunned. Show less

Gloria Lynne I Wish You Love: The Musical Memoir of a Jazz Diva at... 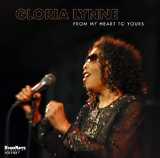 From My Heart To Yours

I Wish You Love 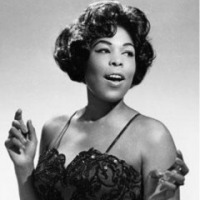 All About Jazz musician pages are maintained by musicians, publicists and trusted members like you. Interested? Tell us why you would like to improve the Gloria Lynne musician page.