Sari Kessler: Live At The Kitano 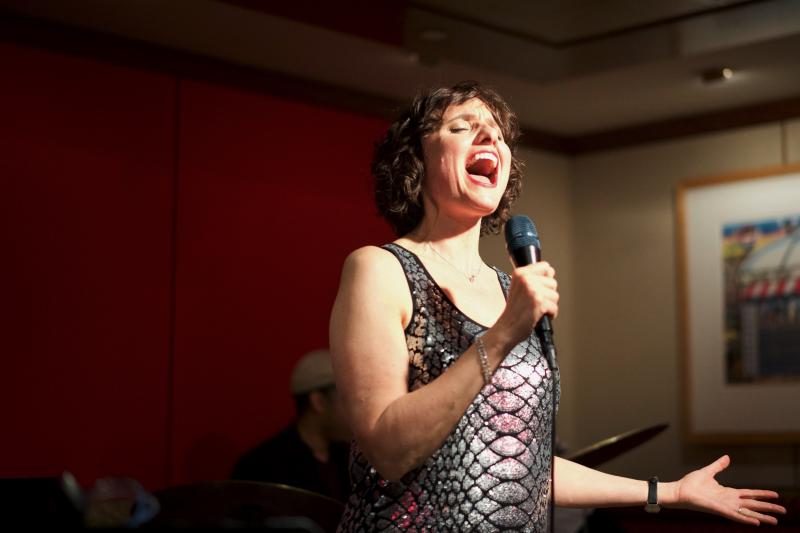 On May 5, 2016, Sari Kessler led a multitalented ensemble at the Kitano in celebration of her first album, Do Right. Yet from the way the New York-based singer carried herself, one would've thought it was her fifth. Slowly but surely, Kessler has been carving a name into the pantheon of great jazz vocalists, from whom she has gathered apparent inspiration. And if her debut project has deepened that carving, then the concert filled it with silver melted down from the CD itself.

In that metaphorical respect, Kessler's crystalline diction and easygoing style translated into a verbatim performance. In a market saturated with auto-tuned eye candy, her inner and outer beauties stood out for their reflection of the genuine artist she has become. Genuine, too, was her rapport with the musicians. Pianist John di Martino, bassist Steve Whipple, drummer Andrew Atkinson, and special guest Nadje Noordhuis on trumpet and flugelhorn enhanced the poise and fortitude with which she commanded the Kitano's intimate lounge. It was difficult not to get swept up in her swinging rendition of "After You've Gone," which kicked off the first of two complementary sets.

This was by far the livelier of the two, further distinguished by cohesive narrative structure, as the delicate pessimism of "Why Don't You Do Right?" and "Walk On By" gave gradual way to intimations of personal strength in "Sunny" (scintillatingly arranged by Randy Porter). In that last song, as elsewhere, di Martino hinted at his deep knowledge of Latin jazz. Other contrasts were more compacted, such as Kessler's pairing of "It's A Good Day" with the seldom-heard Duke Ellington tearjerker "The Gal From Joe's," thus giving listeners pause in a largely affirmative program.

"It's A Wonderful World"—not to be confused, noted Kessler wryly, with "What A Wonderful World"—sparked a most engaging sequence. Beginning with her and Whipple in soulful duet, it led into the theatrical "Feeling Good," for which the singer was inspired by Nina Simone's version to forge one anew. This was followed by "My Empty Bed Blues," an original tune that boasted organic melodic extensions from Noordhuis.

Atkinson was especially playful during this portion of the concert, and nowhere more so than in "Frim Fram Sauce." His on-a-dime costume changes buffed this seemingly dainty song to degrees of shine on par with Kessler's own.

Though the second set did have some overlap, its new additions were tasteful and unexpected. Among them were "Like You Do," another Kessler original (only now extolling the benefits of requited love) and Cole Porter's "I Love Paris." But the most delightful surprise was the Mary Poppins classic "A Spoonful Of Sugar," which from Kessler's branches bore fresh fruit.

Despite being more laid back, the evening's latter half found the bandleader in equal comforts. She made the audience feel like kin from note one, turning ballads into sultry anthems of experience and upbeat tunes into affirmations of her love for the craft. She treated standards like precious family heirlooms, each imbued with years of careful handling even as she added the polish of her own, while her self-penned songs confirmed her compositional gifts, justifying the infinite need for new sprouts in the forests of our musical lives.