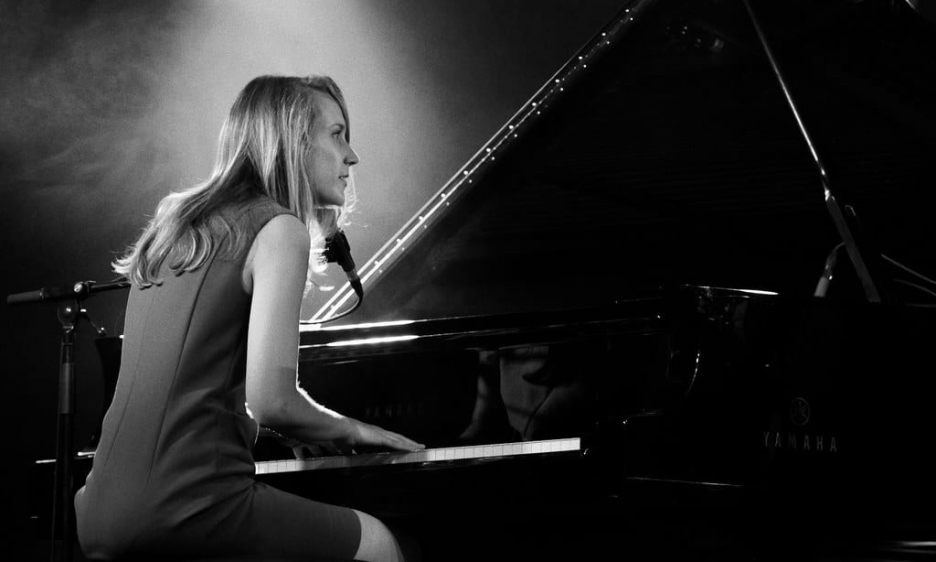 As singer and pianist, I am aware of my audience and I want to lift up the spirits of them. I want them to come with me, with my experience, my love, my sadness, my hopes, my dreams, and I want to challenge them and always give something.
—Sarah McKenzie

Secrets of My Heart is the fifth studio album of the Australian singer, composer and pianist Sarah McKenzie. Released in 2019, this album represents a joyous and uncanny combination of classical jazz standards and new original compositions with a brilliant fusion between jazz, blues and latin sounds. We took the opportunity of the European tour of Secrets of My Heart to speak to the Australian Jazz Bell Award-winning about the genesis of this album, the importance of songwriting and the world of music during the Covid-19 pandemic.

All About Jazz: Let's start from the making of Secrets of My Heart. How did this album come out?

Sarah McKenzie: This is my most personal album. It reflects things that were going on in my life a couple of years ago, when I had been doing a lot of touring around the world and I had just turned 30. It was a sort of coming of age moment to me. I realized in that time like 80 shows a year nonstop all around the world. Since I am Australian originally, I was living away from my family, and so at this point I was writing a lot of songs about my heart being pulled in different directions. Things like my passion for music, the love for my family in Australia, and also falling in love in Europe and what that meant for the future. Never going back to settle in Australia and living near my parents and all the rest of things... So it was quite an emotional time, and the songs I was writing at this moment really reflected these feelings. That is how the album came out.

AAJ: Which are the main inspirations for this album? And which is its most disruptive element?

SMK: I love to write songs. Composition is really important to me. So I have seven original compositions on this album, which is the most that I have ever had on an album of mine before. But I also love to write songs that are like the jazz standards. I love the songs of the American songbook and the great composers. I am very inspired by Michel Legrand in this album. I think the most disruptive elements are the compositions: they are probably the most thoughtful, intelligent compositions I have come up with until now.

AAJ: Songwriting is at the core of your art. In particular, this album is composed by both luminous and dark sides. Can you tell us about the genesis of these songs?

SMK: Songwriting is a very mysterious thing. Everyone has a process and I suppose I have mine, but at the same time, there are no rules. I know that if I start with a strong title or with a certain strong inspiration, usually the song follows after that. There is one common thing that all good songs have: a great melody. Let's think about Ennio Morricone, for example: it is great melodies, isn't it? Everybody is becoming incredible improvisers and that is fantastic, but we do not have to forget that people like Duke Ellington, Thelonious Monk and Miles Davis wrote incredible tunes with great melodies. So you have got to have the tunes. I really work hard on trying to take care of the melody. A song is like a building: you have the inspiration and then you need to architect it to perfection by marrying the lyrics with the melody.

AAJ: Today it seems that musicians are more on instrumental music than on song with lyrics. Even the voice is often used primarly as a musical instrument. What do you think about this trend? Why songwriting is still so important to you?

SMK: Let's think about the general people that pay to see a concert. They are people like you and me who want to listen to live music and be transformed or transported for an hour and a half, to be inspired in some way. These people like melodies and they like to be taken on a journey and to be challenged, but you cannot challenge them too much because then you will lose them. I am aware of my audience and I want to lift up the spirits of my audience. I want them to come with me, with my experience, my love, my sadness, my hopes, my dreams, and I want to challenge them and always give something. They are not always quite ready for that, but if you balance a challenging sound with really simple words, they will come with you. I think this is an art within itself. You really got to think about your audience a little bit. I think that musicians are forgetting that point, and that is why no one is coming as much to concerts. If you only want to play music for musicians, that is fine. But the moment you get in front of people, I think you need a message and something to say, being aware of how hard you can be. Regarding the directions of contemporary music, I think that both the sound dimension and the lyrics are important. If you are an instrumentalist, you do not necessarily need lyrics. Let's look at Chick Corea's "Spain": everybody loves that tune. It is amazing. It really takes you to Spain. You go seeing the bullfighters and the sunrise in the morning, you get images. The moment you hear that song with its angular improvisation, you realize it is really cool. So you do not necessarily need to be a singer. What you need if you are an instrumentalist is to reach your people through music in a strong, meaningful way. If you are a singer, you do have an advantage because you can tell the story using words.

AAJ: In the current phase you seem influenced by Brazilian jazz. What do you like most about this kind of music?

SMK: The thing is that I really like all music. I like great composers and what they were trying to achieve. I studied them and find it fascinating that when you play the compositions of great composers, you are really getting a window into their souls. You can tell a lot about the person just from what kind of melodies they write. The harmony they use shows the intelligence and the depth of the composer and the person as well. I have been to Rio and fallen in love with the music of Antonio Carlos Jobim: he studied a lot of classical music, you can hear the way he combines jazz and classical music elements with South American rhythm; he realizes really simple songs about life that we can all relate to. Jobim has a huge influence on me, he is like my best friend and I am really happy every time I play one of his songs.

AAJ: During the most difficult phase of the Covid-19 pandemic, we as humans have realized the importance of music and art in general as a way to find beauty in the daily things. How has this period been for you as artist and human being?

SMK: Obviously all concerts were canceled. Initially that was very stressful: I was touring and I just arrived in Nice, France, and the concert was canceled and then, slowly, one by one, all other concerts started to drop off. In spite of this, it was a very inspiring time for me because I have been developing a whole series of virtual music videos recorded with different musicians from all around the world, from Argentina to Hungary, from Brazil to the USA, UK, Canada, Australia. We all did that from self isolation and just on our phones. We have been filming these videos and then putting them together so that no one played live, we have been building it up: bass first, then piano records on top of space, then drums records on top of trumpet and so forth. It has been a really fantastic experience. I did "Corvocado" with two of the finest musicians in Brazil who also worked alongside Jobim: Jacques Morelenbaum and Romero Lubambo. I also went to Bavaria and recorded with some Bavarian opera singers. I wrote a piece for them, the classical choral work. So for me it has actually been a really incredibly interesting time where I have adapted to the situation. We could not play concerts but we could still create music together.

AAJ: What kind of concept and soundscapes would you like to explore in your next album?

SMK: The music I played with Morelenbaum and Lubambo for the virtual video project was magic. It was just the three of us: me playing and singing, Morelenbaum on the cello and Lubambo on the guitar. We thought it was fantastic and we are really excited to do something more. We plan to arrange a certain number of tunes and feature some of my compositions and also maybe a couple from them as well. So it should be a real collaborative project. I definitely want it to be a Brazilian music album, but not necessarily a tribute. We can use the Brazilian spirit and try to find something of our own.