By DAN MCCLENAGHAN
September 2, 2016
Sign in to view read count 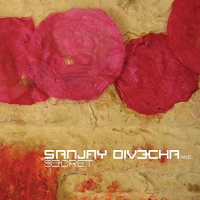 But India-born Sanjay Divecha, who spent fifteen years in the United States, and studied at the Guitar Institute of Los Angeles, went home to Mumbai in 2003, where he has explored the deep Indian musician roots, Carnatic and Hindustani, while bringing a myriad of other influences into his art.

Sanjay Divecha and Secret, the guitarist's second album, is a vibrant and engaging jumbo of styles mixed with an Indian music foundation, stirring up funk and folk, African-based rhythms, jazz and blues, even hinting at American country western.

The disc opens with the gorgeous "OTA," a tune with a tranquil flow that might earn it a label of Sub-Continent Bossa Nova, with an African tinge. "Mahaganapatim" digs deep into African funk. "Thilliana," is a lilting Middle-Eastern funk, replete with saaz and bouzouki spicing the rhythms. And "Saanwara" opens with a guitar twang that sounds as if it's right out of Nashville, introducing an achingly lovely, gentle tune featuring Chandana Bala's gorgeous, feather-light, Dolly Parton-like vocals—if Dolly sang in Hindi.

A beautifully-crafted, perfectly-arranged set of tunes that is very egalitarian in its vocalist/instrumentalist input. Divechi doesn't shred on his instrument, or hog the spotlight. Every sound he makes—every sound everybody makes—serves the music well (he is particularly adept at subtle programming and keyboard work), on a set that proves itself a extraordinarily cohesive statement, in spite of the broad mix of styles.