Karavika(formerly Tiger Lilies) is a New York City based ensemble led by violinist Trina Basu and cellist Amali Premawardhana. As its members hold roots in places as diverse as India, Sri Lanka and North America, Karavika brings a fresh new perspective to the music of its varying cultural backgrounds. Drawing upon influences of nature, beauty, simple folk melodies and complex classical compositions, Karavika's music seeks to blend creative improvisations and arrangements with authentic traditions. They are joined by bassist Perry Wortman and Avi Shah on tabla.

Since its creation, Karavika has been active in the music scene in New York City, and has frequented venues such as Drom world music venue, the lovely and intimate Caffe Vivaldi, Brooklyn’s House of Yes, and the Brooklyn Lyceum. Karavika was recently featured at the first annual Carnatic Music Festival at Cornelia Street Cafe as well as the 2011 NYC Winter Jazz Festival. Karavika has been honored to perform for organizations such as Asha, an education and health care agency that provides support in impoverished communities in India, the Watershed Management Group, which works on improving health and sanitation conditions in India and other underdeveloped parts of Asia, as well as Sneha, a U.S. based South Asian organization that supports and upholds women who have been victims of domestic abuse. Karavika has featured musical guests specializing in Hindustani and Carnatic classical styles as well as in American folk traditions. Recently, Karavika was showcased live on IndiaTalks TV, a cultural Indian television program in New York City, as well as the world-wide social networking event, TEDx Gotham, at which they were broadcast live on the web from the Cooper Union in New York. Members of Karavika also perform regularly in the South Indian percussion ensemble, Akshara which was featured live in the 2010 Learnquest Indian Music Conference in Massachusetts.

Read more articles
“…one of the most exciting Indo-world music ensembles... together they combine their talents to crossover effortlessly from Indian to Western music, creating a new sound that is very accessible and pleasing to the ear." Ishrat Ansari, Owner, Cafe Vivaldi, NYC

“…one of the most exciting Indo-world music ensembles... together they combine their talents to crossover effortlessly from Indian to Western music, creating a new sound that is very accessible and pleasing to the ear." Ishrat Ansari, Owner, Cafe Vivaldi, NYC

"I am deeply touched by the creative spirit of Karavika. Their genuine and sincere desire to express their understanding of Indian culture and heritage, as prevalent in Indian music, is truly impressive. They have the tools and know how to use them. In all respect Karavika assures me of the true essence of Indian music being maintained while presented in the western context." - Samir Chatterjee, renowned tabla player & founder, Chhandayan Center for Indian Music

Karavika has presented performance demonstrations and workshops at such venues as the Brooklyn Children's Museum. Members of the ensemble teach private and group classes throughout the NY/NJ tri-state area.

Karavika clinics explore the concept of Indian raga (melodic element) and tala (rhythmic element). Discuss the process of breaking down old classic and folk songs and revamping them in a chamber/jazz setting. Improvising within a raga/tala system. 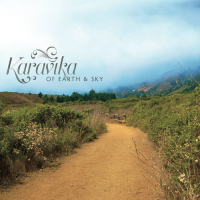 Of Earth And Sky 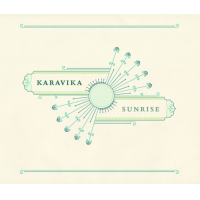 All About Jazz musician pages are maintained by musicians, publicists and trusted members like you. Interested? Tell us why you would like to improve the Karavika musician page.