By Joshua Weiner
December 19, 2003
Sign in to view read count 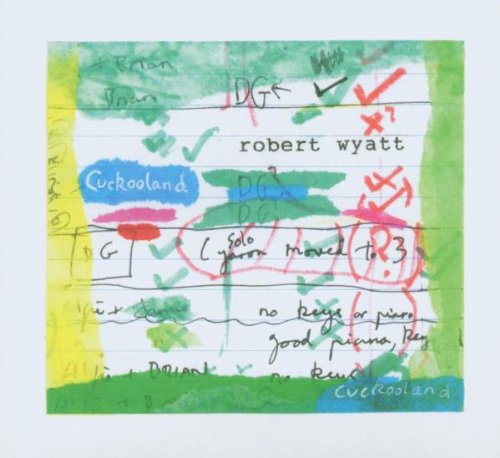 The marriage of jazz and rock musical styles has had a checkered history. The late '60s records of Cannonball Adderley, Gary Burton, Tony Williams, and Miles Davis stretched the boundaries of jazz music while successfully bringing it to a broad young audience. The later development of Fusion with a capital "F" by Mahavishnu Orchestra, Return To Forever, and Weather Report led to platinum sales by jazz artists and some great records.

It also, unfortunately, prompted the release of many more albums filled with cacophonous noodling or groovy smooth-jazz pap. Jazzy dabblings by rockers have yielded similarly mixed results: some excellent music ( Astral Weeks (1968) by Van Morrison, for example, or Sting's first couple of solo albums), some decent music (e.g., the first two Chicago albums), and some true awfulness (e.g., the remainder of Chicago's discography).

In either case, it has been difficult for artists of either stripe to maintain their early success in stylistic synthesis. They either blend so much that they end up with an overly-smooth music that is neither rock nor jazz, or they lose, for want of a better word, taste — talented jazz musicians slog away at one-chord funk while spirited rockers trade in their propulsive rhythms for wanky, syncopated bombast.

Case in point: between 1967 and 1971, the art-rock group Soft Machine made four exhilarating albums that superbly merged fuzz-toned psychedelia with free jazz improvisation, before falling into the latter trap and churning out clunky, uninspired fusion. Their first two records featured an organ trio that mixed brief, loopy songs with extended, wild jamming. Third and Fourth added a horn section, which focused the band’s jazz influence into hypnotic, extended riff-based pieces that were consistently fascinating. So what went wrong in 1971? Well, the short answer is that Robert Wyatt, the Softs' gifted drummer, singer, and sometime songwriter, was forced out of the group.

Since then, Wyatt has led a life marked by both personal tragedy and artistic triumph. After leaving The Soft Machine, he led the group Matching Mole and began to record solo albums, but in 1973, he fell from an upper-story window and injured his spine, leaving him paralyzed from the waist down. Such an injury, particularly to a professional drummer, might be expected to result in despair. Wyatt never lost his impish good-humor nor his heartbreaking tenor voice, however, and promptly delivered a classic record, Rock Bottom, in 1974.

This album established a new style developed over the next several records, which focused on arty, sophisticated songwriting, keyboard textures, and lyrics that were alternately whimsical and trenchantly political (Wyatt is a confirmed leftist, though not a shrill one). Although Wyatt’s jazz leanings are long-standing (the liner notes to the first Soft Machine album mention that he astonished Mike Zwerin by being able to sing, note-for-note, Bird’s solo on “Donna Lee”), they have only recently re-emerged explicitly in his solo work.

Wyatt’s astounding new album, Cuckooland (Rykodisc/Hannibal), features several jazz-influenced tunes, along with Wyatt’s simple but dead-on trumpet playing and contributions by jazz musicians Gilad Atzmon, Yaron Stavi, Annie Whitehead and Karen Mantler (the daughter of Carla Bley and Mike Mantler). The first track, "Just A Bit," a wry observation on religion in which Wyatt admits to a few irrational superstitions, sets the tone for much of the album: keyboard washes, Wyatt's declamatory trumpet, and a harmonic language that borrows from jazz even when the song does not evoke it explicitly.

Jazz borrowings come to the fore in the next track, "Old Europe," which features lovely sax and clarinet playing by Atzmon. The lyrics name-check Le Chat qui Peche, a famous Parisian jazz club, along with Miles Davis and his onetime French girlfriend Juliette Greco, while the music is pretty straight vocal jazz, brushed snare and all. As is usually the case with Wyatt, the lyrics are powerful, contrasting the Parisian atmosphere in which Davis and Greco's interracial romance flourished with the supposed freedom of the U.S., where it fell apart. But the indictment suggested by the title, a reference to recent U.S. posturing, is oblique and delivered with a knowing sense of life's gray areas. Similarly, the heartbreaking lyrics of "Lullaby for Hamza" remind the listener of the fear and uncertainty felt by Iraqi children during the Gulf Wars without stridently attacking anyone's point of view about those conflicts. Wyatt's voice is a direct emotional conduit, with a rare ability to move the listener.

Various jazz touches appear throughout the album's songs. "Forest," a waltz in which Dave Gilmour eschews his effects pedals to lay down some bluesy old-school Pink Floyd guitar, hinges on Stavi's double-bass plucking as it tells a tale of Gypsy persecution in Nazi Europe. Stavi's walking bass and Whitehead's trombone make "Trickle Down" really swing, as Wyatt's electric piano frames the song's melody. "Lullaloop," a humorous expression of Wyatt's old-codger lifestyle, has a boozy New Orleans lilt and features some nice guitar playing by rocker Paul Weller. A version of Jobim's "Insensatez" is typically lovely, with alternating verses by Wyatt and Mantler, who also wrote three of the album's songs. An instrumental version of the Arabic song "La Ahada Yalam" is reminiscent of the ethnic world-jazz of Atzmon, who is featured along with band mate Stavi.

As might be expected of a 75-minute album, not everything holds up to repeated listens. "Tom Hay's Fox" and "Brian the Fox," for example, are two amorphous synthesizer-driven tracks that conjure up a sort of ominous New Age music that is sonically interesting but in the end doesn't go anywhere. But Cuckooland is consistently beautiful and fascinating, heartrending and thought-provoking. It is also one of the best recent examples of how jazz can be incorporated into other musics in a faithful and satisfying way. Jazz listeners who may not be familiar with Wyatt's singular talent may enjoy partaking of its many charms.