BY NENAD GEORGIEVSKI
March 22, 2014
Sign in to view read count 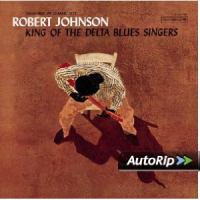 Without a doubt, when it comes to blues music and its legacy,guitarist Robert Johnson is its preeminent performer and a key figure. For many, he is the greatest blues man of all time, certainly the most well regarded by modern popular culture. As such, his place in the vanguard of that pantheon has been secured. But his influence involves more than that and was never limited exclusively to blues, but touched all popular music, more so than any other blues figure. As a matter of fact, it was Johnson who laid the groundwork for the forthcoming rock and roll years, probably eons before the term had been invented. All of that can be attributed to the artist's recorded legacy, and mythology that has endured for almost a century.

As the folk tale goes, Johnson cut a deal with the devil at some rural crossroads in Mississippi in exchange for his soul, and thus acquired his rare gift, a talent for guitar playing and the wherewithal to present it that no man possessed. Such was the world that those communities of Afro Americans lived in. Johnson's music was probably too powerful and otherworldly to be explained other than by superstition. In Deep South folklore, it seems the supernatural menace of a night- engulfed crossroads has loomed large. Such tales resonated strongly among black communities, and consequently with a wider world, more than eager to understand the source of this music's appeal. One of his spiritual disciples, guitarist Eric Clapton, discarded the myth, saying superstition and mystification have just cheapened Johnson's real guitar skills. If it had been as easy as that then anyone could have done such Faustian deal.

As a boy, Johnson took up the Jew's harp and harmonica, and regularly snuck off to "jooks" in the Robinsonville area to listen and learn from such musicians as Charley Patton, Willie Brown and Son House. Next, he got a guitar and followed people, pestering them to show chord and fingering techniques. He scrutinized solo and group playing, and even tried to join in, but no one heard much promise. In 1929 he married, sadly, his wife died in childbirth a year later, along with his son. At that moment, his roots in the world were ripped out and he became a drifter. He faded from sight in his community and then resurfaced in Robinsonville a year later. Johnson had become so scary good that he played the blues with canny ferocity and left Charley Patton, Willie Brown and Son House stupefied. That was the moment when rumors started circulating.

Regardless of Johnson's excellent skills, during his brief life he didn't record very often. What he did was hit the treacherous hobo trail, either alone or often with fellow bluesmen like guitarists Johnny Shines and David "Honeyboy" Edwards. They traveled across the US to Memphis, Chicago, New York, Canada, Kentucky and Indiana. The reputation Johnson had for communion with the supernatural was further enhanced by his frequent habit of altering his appearance and manner, and adopting a host of aliases. He was known to drop out of sight in a moment's notice, sometimes in the middle of a performance, then not turn up for days or months. All this left people wondering if they'd met the real Johnson or some impersonator. But regardless of his personal features and habits, one thing his disciples, such as Elmore James, Muddy Waters, Sonny Boy Williamson II, were very sure of was the veracity of his talent. Yet, at the time, the ambition of every blues musician was to get on to records. In the late 1920s, it was common for scouts to move through the deep south in search of artists for the "race records" label. By use of portable recording equipment, they would capture performances of rural blues men whose songs had become hits locally. After all, these performers saw themselves as entertainers whose target audience was their local following, rather than in bigger city markets.

Johnson was introduced to Ernie Oertle, a scout for the American Record Company and the Vocalion label; by music shop owner H.C.Speir. Johnson was invited in San Antonio in 1936. In two sessions he cut 16 songs like "Kind Hearted Woman," "I Believe I'll Dust My Broom," "Sweet Home Chicago," "Walking Blues," "Rambling on my Mind" and "Walking Blues." The Johnson Vocalion sessions, which took place in a hotel room, documented some of the most formidable blues of that or any other era. The song "Terraplane Blues" was his first single, a lewd song that compared his woman to an automobile, something Led Zeppelin did later with "Trampled Underfoot" (Physical Graffiti, 1975). While this song sold in sizeable amounts in the Delta and became his only real hit, other songs from these sessions didn't attain their status as classics until rediscovered by a new generation of bluesmen such as Muddy Waters during the Chicago blues boom heyday. Probably the most fearsome song was "Crossroad Blues" where he sings of finding himself stuck on a darkened crossroads with Lucifer laughing in the wings. This song became one of Cream's signature songs and a mainstay on Clapton's set list to this very day.

In June 1937, Johnson did a session in a Dallas warehouse and recorded some of his most beautiful and poignant songs, such as "From Four Till Late," "Malted Milk," "Drunken Hearted Man," "Love in Vain," or more hair-raising anthems of dashed hopes like "Hellhound on my Trail" and "Me and the Devil Blues." "Hellhound on my Trail" is an eerie song with lyrics and a staggering melody pattern that sums up the horrors of trying to escape a lynch mob. With its poetic imagery and intense emotionalism, it may well be Johnson's crowning achievement.

Still, whether his reputation resulted from a Faustian bargain or he was simply a natural talent enhanced by practice and patience, Johnson sang songs that hit a chord with many listeners. What made his music so different from that of his contemporaries is equally a mystery. His lifestyle as a bluesman is shrouded in the superstition that every great blues artist had an otherworldly tutor who taught them to arrest listeners with the inky side of their souls; a secret handshake with the Angel of Death who enabled them to live so recklessly while drawing others into their damning web. Johnson wrote songs about sinister women, nights of nameless terror, the nearness of Satan's grip. He sang of "conjurers" who worked spells or "mojos." There is some daredevilry in his technical mastery that still makes musicians wonder in disbelief how he achieved it. His prowess on guitar, the high-pitched and expressive voice, the themes and the lyrics yielded songs that were simultaneously beautiful and frightening. That helped him rise above his predecessors, peers and descendants. Johnson's repertoire was a litany of widening mental and spiritual wounds. One can only speculate about the cruel forces that were laying waste to him, but it is clear that he ran toward them rather than from them.

Music history is littered with lives that ended prematurely. Johnson, said to have been a womanizer and a drinker, passed away in August 16th, 1938 in Greenwood, Mississippi, after being poisoned at a house party he was hired to play at. His entire oeuvre consists of 29 songs, 13 of them recorded twice. Half were never released until Columbia Records reissued them in LP form for the first time in 1961 as Robert Johnson: The King of the Delta Blues Singers Vol. I, while Volume II was published in 1970. Renowned journalist and music historian Greil Marcus has hailed Vol I as the most important record of all time. At the time it was released it inspired a whole new generation, such as blues collectors or folk music revivalists, who championed his work. They were in thrall of his wizardry on the guitar and the haunting vocal imagery and that contributed to the folk and blues revival at the start of the 60s.

Soon a new generation would be inspired by Johnson's songs and take them further than before. Guitarists Clapton, Keith Richards, Jimmy Page, Peter Green and singer/guitarist Bob Dylan are just some of many who list Johnson as a huge influence. The high esteem for his output, no matter how small that output is, has grown on more than mystique and folklore. His music heavily influenced the early days of rock and roll when musicians have tried to tap into Johnson's mythical musical power.

All the original artwork and liner notes has been preserved for these reissues, and additional data supplied since they initially contained misinformation. Johnson's life was shrouded in mystery. Until 1961 very little was known about him. The first known photograph of him was discovered in 1972 (by musicologist and historian Mack McCormick), but was first published in Rolling Stone magazine in 1986, when Johnson was inducted into the Rock and Roll Hall of Fame. Beside a second photo that adorns the cover of the Complete Recordings of Robert Johnson (Columbia, 1990), a third was discovered in 2013.

Historical weight and myth aside, all Johnson's compositions are a must for the sheer beauty of both volumes. The popping and the cracklings have become part of the sound which adds charm to the music. His oeuvre was sourced from various, unlikely sources and an effort has been made to present the best sound possible. Subjecting to a painstaking and sophisticated audio restoration didn't turn Johnson's legacy into an easy- listening experience. It showcased the brilliance of his art and the mysteries of a vanished world.

Meanwhile, the Robert Johnson legend has endured and still grows, long after his untimely death. Due to a combination of becoming a legend, the impenetrability of his personality and the lack of evidence left behind, there are a number of myths and assumptions that may or may not be correct.