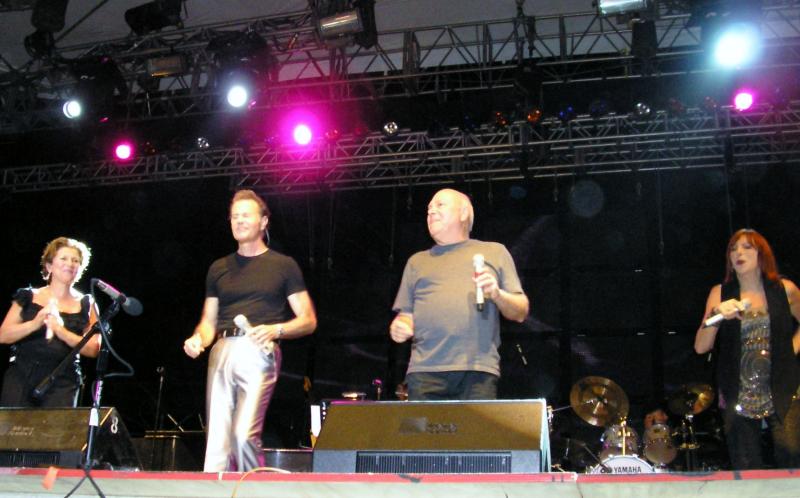 Day three of the Riviera Maya Jazz Festival was opened by Aguamala, anchored by one of Mexico's most famous and longstanding drummers (and Musical Director for the Festival), Fernando Toussaint. Together since 2004, Aguamala has served as frequent host band for previous Riviera Maya festivals.

Aguamala performed several tunes from 13:20 (Intolerancia, 2010), filled to bursting with the group's unique and passionate version of Mexican jazz-rock fusion. "Every time that we play the material, the material seems to grow," explained guitarist Bernardo Roy before the show. "We don't understand how this happens. We like to rehearse—we don't like to read music—and it's from our playing that our music seems to grow."

The band's signature tune, "Aguamala," kicked off the night with crisp and razor sharp fusion, with Toussaint simultaneously providing the music's foundation and impetus—the drummer's most important job of all. It also roared through the title track to "13:20," named and played to honor the traditional Mayan calendar. "Tranquilamente," a blues two-step that the entire band swung from its collective heels, bounced and yet stayed heavy, like an elephant's walk, and incorporated three horn players to accent its bouncing beat. Aguamala recorded this festival performance for a subsequent live album.

"For me, jazz is a feeling and it's something which, at its best, is constantly growing and changing, and there's a fair amount of improvisation or spontaneous creation to it," Duke continued. "To me, it's got to have that 'thing.'" 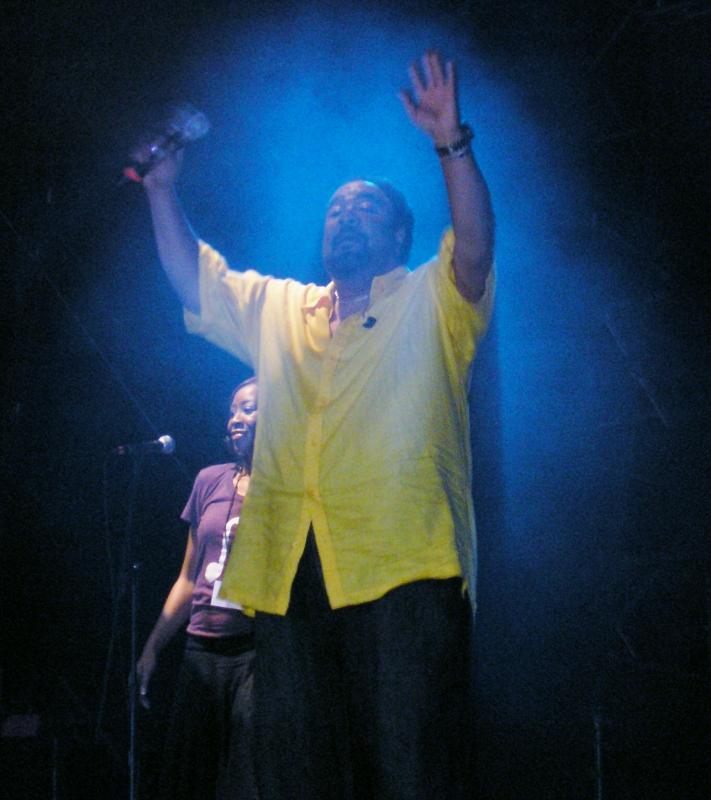 Onstage Saturday night, Duke shared his thing with thousands of fans on the Playa del Carmen beach. He opened his set by splattering "Oh Oh Oh" with a driving, post-bop keyboard solo, and then let guitarist Jef Lee Johnson and bassist Michael Manson stretch out in the instrumental "Bus Tours." Next came his Top 20 pop single from The Clarke/Duke Project (Sony, 1981), with bassist Stanley Clarke, a light and pretty "Sweet Baby."

From this respite, Duke's set gathered momentum like a powerful freight train. A medley of tunes—"Everyday Hero," "I Tried to Tell You," "Somebody Laid It On Us," and a dark and bitter "Sudan"—overviewed his albums Dukey Treats (Heads Up, 2008) and Déjà Vu (Telarc, 2010). Duke then detonated the stage with the combined monster funk of "Dukie Stick" and the title track to his brilliant electric Latin fusion masterwork, Reach for It! (Epic, 1977). His smooth, romantic encore, "6 O'Clock Revisited," put back together the pieces of smoking rubble.

Thanks to the communication and interplay between Cameroonian bassist Etienne Mbappe and drummer Mark Mondesir, guitarist John McLaughlin's Saturday night performance with his current ensemble, The 4th Dimension, was the Riviera Maya's most rhythmically intriguing set. Drawing from To the One (Abstract Logix, 2010), McLaughlin's most recent material inspired by the incendiary vision and intensity—but not necessarily any specific music—of John Coltrane, the global and multigenerational 4th Dimension stirred up a unique cultural melting pot and then set it to boiling.

In "The Unknown Dissident," which goes all the way back to McLaughlin's 1979 album Electric Dreams (Sony), he explored jazz guitar in a blues-rock structure; a few tunes later, he and Mbappé went the opposite way and laid down thick, steaming bass and guitar blues riffs in a floating beat. McLaughlin also ignited his trademark electric guitar pyrotechnics. He opened "Senor C.S.," his tune for Mexico's favorite guitar playing son, (Carlos Santana), with a solo that honored his compadré in attack and tone, shifting his rhythms in and out of rippling Latin undercurrents. And when he explained, "We're going to pick up the pace" to introduce "Hijack," he was not joking. Mbappé played with a power and intensity that McLaughlin matched, scaling runs that sounded inspired by Coltrane or, perhaps ,by something even more divine.

"There are a few challenges to doing the music of Chick Corea live," Siegel said prior to their performance. "The music is very complex harmonically—and rhythmically, as we found out—and it's very challenging to duplicate that every night. It's the kind of challenge we love, though."

Smooth, almost creamy, harmonies in "Route 66" opened up the swing section of Manhattan Transfer's show. The quartet's vocal take on Count Basie's "Steadier Ground" featured the accompanists' boogie piano and early rock, Bill Haley guitar sound; its Grammy-winning vocalese version of Freddie Green's "Corner Pocket" (for the Basie band) was as jazzy as "Ground" was bluesy. "A-Tisket, A-Tasket" rendered Manhattan Transfer's adoring homage to Ella Fitzgerald, and Siegel sang Louis Armstrong's trumpet solos in "Stompin' at Mahogany Hall." After a luscious, dreamy version of The Rascals' "Groovin,'" hits such as "Boy from New York City" and "Birdland" poured out like single-malt scotch from a crystal tumbler.

Another highlight (if not surprise) of Manhattan Transfer's headline set was its performance of lyrics that Jon Hendricks wrote for "Tutu," the song that Marcus Miller wrote as the title track for Miles Davis' 1986 Warner Bros. album that honored the South African bishop.

Thanks to the Riviera Maya, Mahekal Beach Resort, Mamita's Beach Club, and Turner PR, for their assistance with this article.