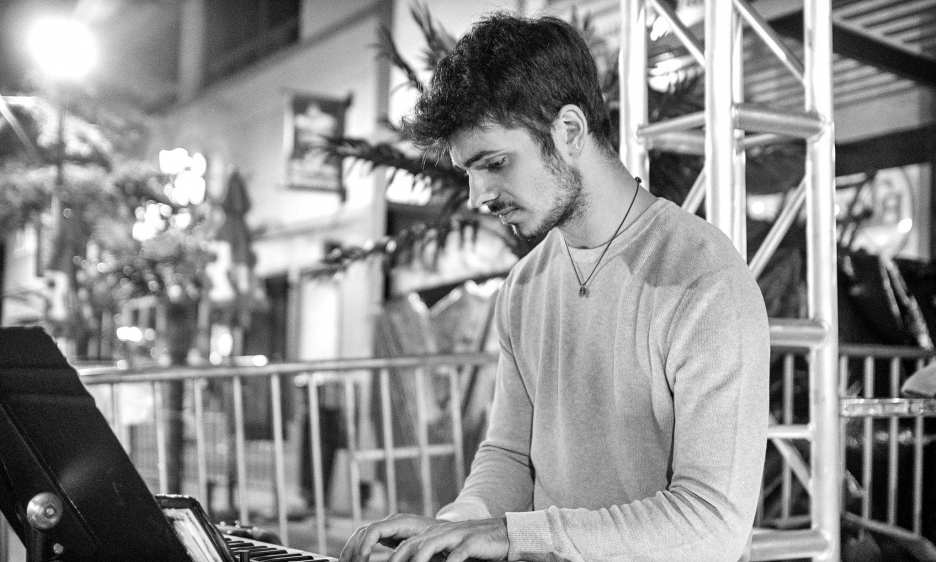 BY SANFORD JOSEPHSON
January 5, 2022
Sign in to view read count

He’s investigated the whole history of jazz piano and is able to incorporate concepts from Oscar Peterson to Brad Mehldau and beyond.
&#151Dave Kikoski

On November 16, 2019, the Giants of Jazz concert at the South Orange Performing Arts Center honored the late pianist and educator Harold Mabern, who died two months earlier on September 17. The majority of performers that night were recognizable jazz veterans, but there were also some memorable performances by young upcoming artists. One of those was pianist {Caelan Cardello}, a sophomore at William Paterson University, who played with a WPU quartet that performed Mabern's "Edward Lee." Cardello will be graduating from William Paterson in May, and he was able to study with Mabern for 1 ½ years. "He was one of my main inspirations and motivations," he said. "Every time I would walk into a lesson with him, he would start playing immediately. He did not waste one second, and he had amazing stories about Coltrane and Monk. I truly miss him. When you were playing with him and asking questions, he really showed that he cared about you."

When Cardello was four years old, growing up in Teaneck, NJ, he started studying cello. "That lasted for about six months," he said. "The teacher informed my parents that every time she showed up, I immediately went to the piano and started playing it. So, they got me a piano teacher, Lauren Hooker." Cardello's interest in jazz was initially inspired by the Vince Guaraldi tune, "Linus & Lucy." "Right away, I was really into that," he recalled. "I didn't know what the term jazz was, but I just knew that I really enjoyed it." When Hooker realized Cardello was getting serious about jazz, she suggested he switch to a jazz pianist as an instructor. He then started studying with Allen Farnham."

Farnham recalled that Cardello, "always had that spark of improvisational creativity in his playing. He's a very talented musician, comes from a very supportive family, and I'm happy to see his career continue to blossom." Cardello's father, Joe, is a professional drummer who has played for 30 years in Broadway theatre orchestras and teaches at the Rudolph Steiner School in New York City. "His big break," Caelan said, "came when he played with Diana Ross in 2002. My mother isn't a musician, but she enjoys listening to jazz and classical music."

From sixth grade through high school, Cardello studied at Montclair's Jazz House Kids. "They have such an amazing list of musicians," he said. Among those he studied with were pianist Oscar Perez, trumpeter Ted Chubb, alto saxophonist Bruce Williams, tenor saxophonist Mike Lee, and bassist Christian McBride. "Caelan," said Perez, "was always a very inquisitive young musician. He was always respectful and humble. He's continued to work hard at his craft and is stepping into his own as a very fine pianist."

When Cardello was a senior in high school, he applied to four colleges: Eastman School of Music, Juilliard, Berklee College of Music, and William Paterson. "I ended up choosing William Paterson," he said, "because I felt it offered a great medium between being at a full-time jazz conservatory and also being able to have a college experience. I was living on campus and studying with jazz musicians like Bill Charlap and Harold Mabern, but, at the same time, when I would go back to my dorm building, I would be with a bunch of kids who were studying things like engineering and nursing. It was kind of nice to have that separation."

In 2018, at the Charles Mingus Festival and High School Competition, Cardello met pianist David Kikoski, and, "ever since then, we have developed a really deep friendship," he said. "Everything he shows me is genius. I truly think he is one of the most underrated pianists of our time."

Said Kikoski: "Out of all my students and the young pianists I've heard in the last few years, Caelan Cardello is the brightest star. He just keeps getting better and better at an amazing rate! Caelan has phenomenal technique allowing him great independence between both his hands. He's investigated the whole history of jazz piano and is able to incorporate concepts from Oscar Peterson to Brad Mehldau and beyond." In addition to studying with pianists such as Farnham, Perez, Mabern, Charlap, Kikoski, and Mike LeDonne, Cardello wanted to study with someone who wasn't a keyboardist. The person he chose was alto saxophonist Vincent Herring, a William Paterson faculty member. "Vincent was on my radar all throughout college because I heard great things about him," Cardello said, "and I love his playing. I've been studying with him for the last year and a half. It's been amazing."

The feeling is mutual. "Caelan Cardello," said Herring, "is a one in a million talent. He is gifted as a composer and player. I love his attitude and outlook on life. I was so impressed with his talent that I hired him on a few professional jobs, and I'm sure I will hire him for more." This year, Cardello was awarded the Sixth Annual Broadcast Music, Inc. (BMI) Future Jazz Master Scholarship, a $5,000 award for rising jazz stars pursuing an academic degree in jazz studies. When the award was announced, Charlap, WPU's Director of Jazz Studies, described Cardello as "a very special talent and a deeply dedicated musician. When he plays the piano, it is an extension of his soul, and he has the rare gift of being able to emotionally connect with his fellow musicians and with the audience.

Last month, Cardello was part of a group from Jazz House Kids that performed at the Bahrain Jazz Festival. "It was my first international tour," he said, "really an amazing experience." Cardello has applied to a couple of graduate schools, and, "if it works out, I will get a graduate degree. If not, I will move to New York City to be closer to the clubs. I'm hoping to release an album in the next year. I've got some stuff in the works, and I'm reaching out to musicians. Right now, though, gigs are a work in progress because I'm balancing them with school." 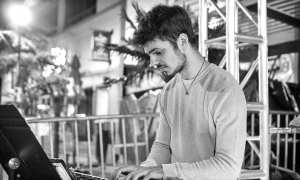 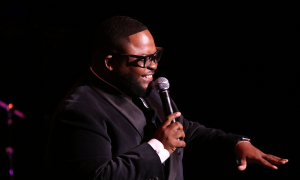 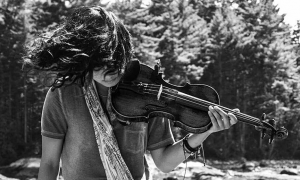 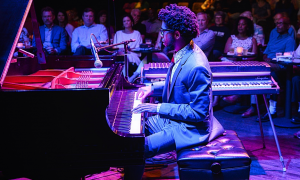 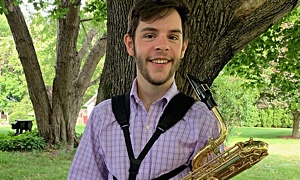 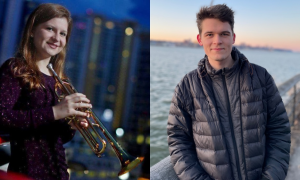