Home » Jazz Articles » Rip it Up: The Specialty Records Story by Billy Vera 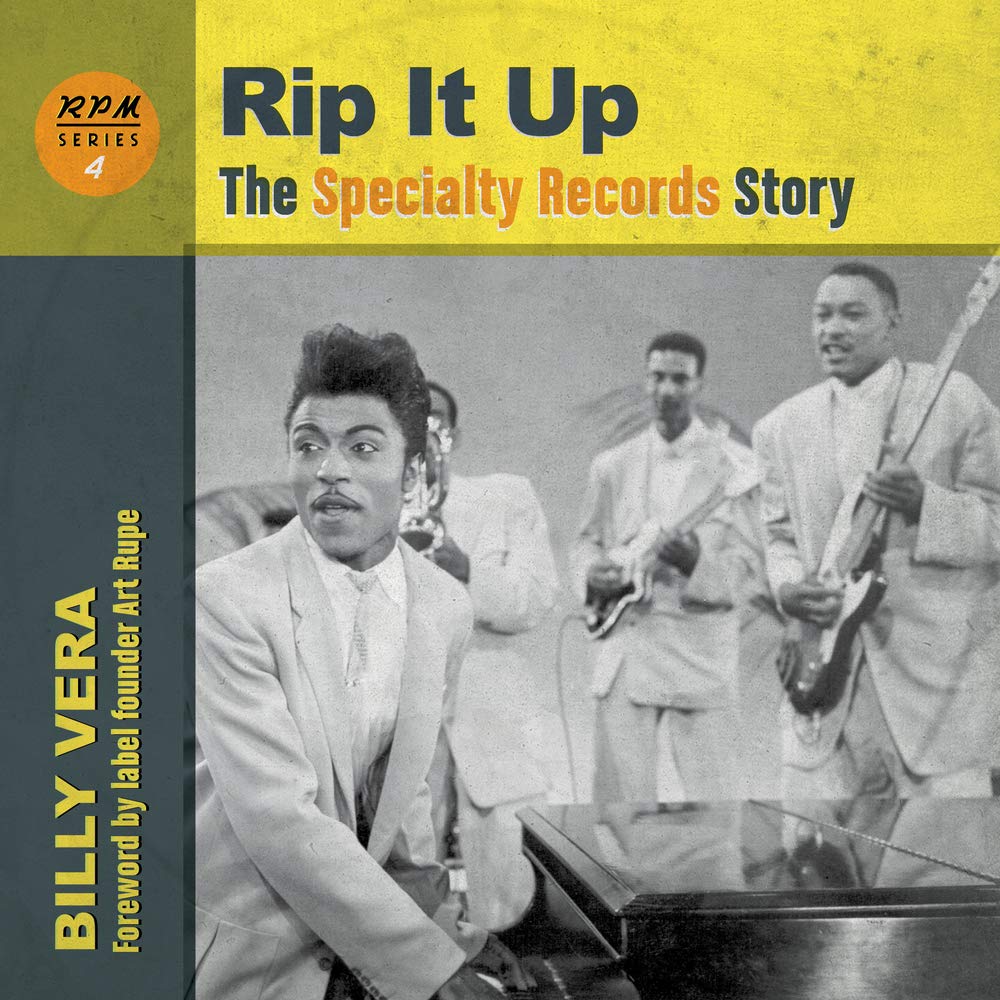 The best music writing makes the reader go listen to music. It is just that simple. Volume 4 of BMG's RPM Series: Rip It Up—The Specialty Records Story is just such music writing. It made this reader search music from two fronts. First, the edition is authored by Billy Vera, who with The Beaters, charted a memorable number one recording in 1987 in "At This Moment." Vera created well-crafted blue-eyed blues-soul with the Beaters 20 years after he first recorded "Storybook Children" with Judy Clay. But before that, Vera worked for Art Rupe at Specialty Records, ergo, making him a suitable scribe to write the label story. Vera's corpus was as fertile and bright as 30 years ago. Second, the artists recording for the label included Percy Mayfield, Little Richard, and Lloyd Price. They, and the other label artists represent a large slab of music history in the late 1940s and early '50s.

BMG Books, an imprint of Independent Publishing Group (iPg) Publishing has published four volumes in its RPM series including, World Domination: The Sub Pop Records Story (2018) by Gillian G. Gaar; Shake Your Hips: The Excello Records Story (2018) by Randy Fox; Goin's Off: The Story of the Juice Crew & Cold Chillin' Records (2019), and now, the present Rip it Up: The Specialty Records Story. Each volume is sold in a cloth binding, 7X7 inches (the size of a 45 rpm single record). Each volume proves a breezy read, without any heavy academics and research. These are simple stories marking a from-the-ground-up evolution of a critical record label that fundamentally changed the music industry either through practice or artist stable.

Vera brings dynamic life to the story of a small record label living in the shadow of larger one that landed Little Richard during his heyday. It is the story of Art Rupe and the part he played in recording Sam Cooke and The Soul Stirrers, Roy Milton, Percy Mayfield, Jimmy Liggins and Guitar Slim. How Rupe did this was circuitous. Toward the end of World War II, Rupe was determined to establish himself in the entertainment industry. After losing money in a small record company, he scraped up $200 and invested in what what called at the time "race records." Rupe carefully evaluated these recordings in an almost scientifically systematically manner, determining a paradigm records that would produce and sell. He noted that the appeal of this music was in a big band sound with a churchy feel (something Ray Charles would discover and take advantage of). He found the recording talent he needed in the many after-hours clubs in the Watts neighborhood of Los Angeles. First founding Juke Box Records in 1944, Rupe and his partners and started a new company, Specialty Records. And the rest is...

BMG's RPM Series of books is not unlike Bloomsbury's 33 1/3 Series, with each volume highlighting the making of a classic recording. While little story exists anymore in the development of Columbia, Capitol, and larger record companies, there are numerous small labels that made their mark on the industry in unique and inventive ways. BMG promised more of the same crack writing in the future.