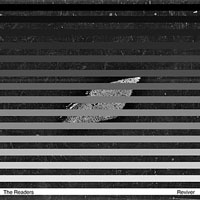 Multi-instrumentalist/composer Bryan Baker and his longtime compadre, saxophone specialist Aaron Henry, collaborated on Baker's second album This Morning Day (Enilkrad, 2010). Since then, both Baker and Henry have continued working together as part of a touring ensemble, Bryan Baker 4, and in the recording studio. They're an industrious duo, to say the least. As The Readers, they released the Reviver EP in late 2010, with the promise of a full-length album in spring, 2011. These four tracks can be considered as extended appetizers for a project that embodies not only the infinity of creative young minds, but also a challenge to expand the definition of music and its interpreters.

Baker did not opt for what seemed to be an obvious career in the establishment of jazz musicians, especially after having played guitar in vibraphonist Mike Mainieri's legendary Steps Ahead. Still in his early twenties, Baker decided to abandon what could be seen as a certified claim to a prosperous future, choosing, instead, to focus on exploring and defining his own musical domain.

It's imperative to realize he's not a young musician just starting out, although the experimental allure of combining electronic sounds and shifting spheres might hastily lead to such a conclusion. Baker is a seasoned guitarist and teacher, with a clear vision of where he's been, where he's at and where he's going. The dynamics on Reviver seem to contradict patterns, with a tendency to break free from expectance, offering some disquietude at times, or dispossession of the well-known. "Love and Deceit," is extremely fragmentary in its setup, with a vague touch of the narrative in a classical symphony. It's like a collage of short impressions and glimpses, starting out with multilayered vocal harmonies that slowly morph into rhythmic and dense melodic moods. The vocals resurface, only to add to alienation instead of reinforcing a comfort zone. Henry then distracts with the familiarity of a flute and brings relief—but only briefly, because the sound shifts into deeper layers and moves away into new territories.

As the opener of this prelude to a full-length album, "The Water, The Brick" welcomes with an initial quiet pace, but requires perseverance and the willingness to open up to imagination. It's a fascinating trip, in which the center of attention changes rapidly, especially when Baker gears his guitar up to speed. The Readers' music is very visual, creating soundscapes that raise eyebrows as well as questions. "Suspend the Silver Sky" is a clever work of art and, perhaps, the most coherent composition on this EP, pounding a very strong basic theme around which Baker and Henry paint in calmer tone and color than on the other three tracks. "Kuf Lacuna" features elements of jazz fusion, experimental and avant-garde, but to label The Readers' music as such would be pointless. Still, steps ahead might cut it.

The Water, The Brick; Love And Deceit; Suspend The Silver Sky; Kuf Lacuna.