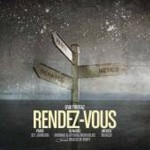 At first sight, everything is wrong about this 3CD set, recorded by the fusion and ambient trumpeter Erik Truffaz in Paris, Benares and Mexico—via a heap of international file-sharing—with help from the locals. "Wrong" like that table in the New York nightclub in 1971's The French Connection. Except that the bagmen portrayed in the movie were somehow, indefinably but unmistakably, bad news. There's nothing indefinably troubling about Rendez-Vous, however; it's there clear as a pikestaff and twice as nasty. It smells like cultural tourism of the worst kind, a project put together by an avaricious management company to leach out as much moolah as possible with a grandiose, but fundamentally vapid, exercise in international mega-fusion.

And so it proves to be, at least with the first and third discs, which find Truffaz noodling blandly alongside vocalist Sly Johnson (CD1: Paris) and electronicist Murcof (CD3: Mexico). Ears weep, first with boredom, then with mounting irritation at the precious time wasted on listening.

But actually, surprisingly, the second disc, Benares, hits the spot. That it does so is thanks to the presence of vocalist Indriana Mukherjee and tabla player Apurba Mukherjee, and the unpretentious majesty of the Bengali folk music from which each track derives. Indriana has one of those voices so innocent and pure that, riffing on the exquisitely pretty melodies of Bengali music, its effect is alchemical—to listen is to drift off to an arboured garden laden with blossom and birdsong. Apurba ripples away, and somewhere, uncredited and presumably sampled, a tamboura drones mellifluously. Indriana is on mike at least half the time, and that's enough to sustain interest even through the 18:24 minutes of the opening "Tarana." Truffaz and pianist Malcolm Braff shuffle in and out, sticking close to the modes and causing no offense.

For a taste of the real thing, however, better to check out London-based pianist Zoe Rahman's and her clarinetist brother, Zoe & Idris Rahman's Where Rivers Meet (Manushi Records, 2008), featuring four equally transporting Bengali vocalists, and a generally undiscovered gem among the profusion of jazz/world albums of the late noughties.