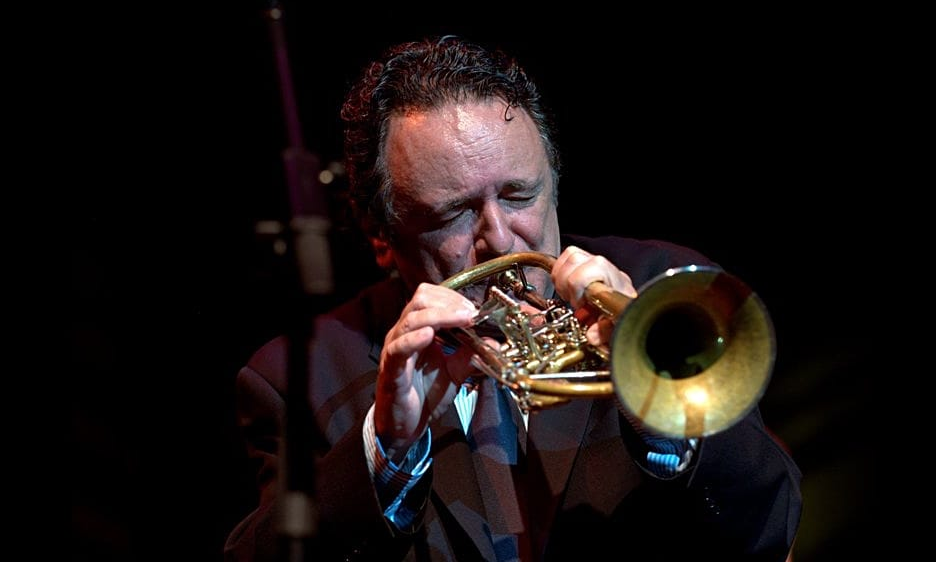 By S.G Provizer
February 4, 2020
Sign in to view read count
I knew trumpet player Claudio Roditi for many years and although years would pass between encounters, he made a deep impression. I was very moved by his recent death, as were so many in the jazz community.

Claudio was Brazilian and a well-known musician in his country, but like a lot of jazz musicians outside America, he wanted to come here and make it in New York. His first port of call, in 1970, was Boston, where there was a community of Brazilian musicians already here, attending Berklee College (then "School") of Music. I'd gone there myself, but left Berklee and signed on at the J.D.S. School of music where I met Claudio. Even though Claudio was at Berklee, he would come over to our Park Sq. redoubt to hang out with his countryman Victor Brazil, an astounding alto saxophonist who led the J.D.S. big band and vied for alto supremacy with Bob Mover.

Claudio gave impromptu trumpet lessons in the hallway and, in fact, anywhere and anytime you met him, a lesson was likely to break out. Years later, when I went to Brazilian Mardi Gras fetes in Boston, I'd see Claudio playing in the samba band and after exchanging greetings, he would ask get down to brass tacks and how my playing was going. His method of teaching was to demonstrate how a particular trumpet player—Clifford Brown, Freddie Hubbard}}, Lee Morgan, Booker Little—would approach playing certain chord progressions. He could play in anyone's style, but developed his own, playing everything from lovely, barely ornamented ballads to fiery bop on his rotary-valve trumpet, piccolo trumpet, flugelhorn or valve trombone and the sound was distinctively Claudio's.

Claudio was a mensch. Apart from his musical skill, what stood out was his warmth. He always engaged you as a peer, not as a helpless practitioner of an art he'd mastered. No question was too dumb for him not to answer civilly. He was polite and courteous while the rest of us were uncouth. He listened carefully and responded clearly to what we said, while the rest of us mis- communicated in jazz shorthand.

Claudio did go to New York City and rose to the top of the U.S. jazz world, playing with Charlie Rouse, Herbie Mann, Paquito D'Rivera, Dizzy Gillespie's United Nation Orchestra, Brazilian All-Stars and many others. He wrote and arranged and was first-call for the recording studio. He got a Grammy nomination for Brazilliance X 4.

Claudio made me think that Brazil must be a wonderful country, indeed, to have created the culture from whence he came. He was that rare conjunction of art and personality: a lovely man who played beautiful music.