By Troy Collins
December 1, 2012
Sign in to view read count 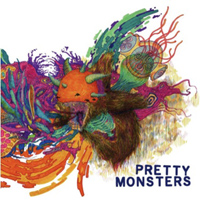 Rarely used in jazz and creative improvised music (except by individualists like Karen Borca), the unwieldy bassoon is commonly relegated to the role of a doubling horn, sparingly employed by eclectic multi-instrumentalists like Joseph Jarman and Yusef Lateef for its unusual tonal color. Brooklyn-based bassoonist Katherine Young transcends the instrument's reputation with a shrewd combination of talent and technology; she employs extended techniques and effects pedals to subtly expand the horn's range, as previously revealed on her acclaimed solo debut, Further Secret Origins (Porter, 2009).

The remaining tunes vacillate between similar extremes; the pithy assault of "Feldspar" contrasts with the atmospheric "Crushed," which slowly builds from rhapsodic violin arpeggios to a dreamy guitar-driven interlude, gradually overwhelmed by a coruscating wall of white noise. The reflective "For Autonauts, For Travelers" showcases Young's inspired virtuosity, as she weaves multiphonic bellows, oscillating trills and quavering intervallic refrains into rigorous thematic variations underscored by her sidemen's kaleidoscopic accents. The episodic "Deuterium" works a broad canvas, veering from melancholy to ardent, with a lyrical, affecting violin solo at its core. "Entropy" brings Pride's monolithic drum kit back into the fold; pitting thunderous blast beats against his band mates mesmerizingly minimalist contributions.

Pretty Monsters is one of the most intriguing ensemble debuts in recent memory, a sonically audacious record documenting the development of a bold young artist whose arresting improvisations are as remarkable as her engaging compositions.