By Nenad Georgievski
August 28, 2012
Sign in to view read count 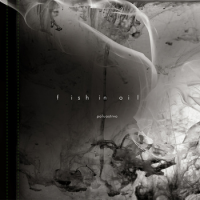 With the release of Fish in the Oil's debut, Polustrvo, the jazz underground in Belgrade, Serbia climbs closer towards daylight. This eclectic album explores several forms, all at once, as it eschews the easily identifiable and standard structured sounds. It seems Fish in Oil has opted for a multilayered approach, as it uses different sounds, rhythms, and transmissions. On top of that, and beyond what many other groups have attained, the group performs with abundant energy and plenty of interactions. These musicians have developed a collective spirit.

The opening "Rasprava o komediji" starts with a whistling melody that adds a sense of drama, but soon develops into a soundtrack that might have been composed by singer/composer Tom Waits. It is spooky, shattered and haunting. with ghostly guitar riffs that go in and out in the background, while a rolling, dark saxophone rides on top. Much of the music owes its inspiration from New York's downtown scene. There is the unmistakable nod towards guitarist Marc Ribot, as his presence is felt all over the record, but mostly on tracks such as "Zalazak Sunca," "Stereotip," and "Zemljotres." On "Zalazak Sunca," guitarist Branislav Radovanović evokes Ribot's twisted and fragile, slow-burn, surf guitar. He possesses a beautiful tone and phrasing that spouts interesting and inconceivably florid guitar passages. In addition, there is a distinct klezmer and blues feel to "Stereotip" that weaves a sense of anger and mourning.

"Zemljotres" also recalls the high-flying vistas of Ribot with its soaring arrangement and iridescent guitar lines. It starts with a blistering interplay between the saxophone and guitar, then turns into a roller coaster of cacophony that resembles the madness of Ribot's Albert Ayler-inspired band, Shrek. The glowing, seamless guitar playing instantly commands attention and quickly delivers. The beauty of Poluostrvo lies partly in the transition from subtle, deep lines to noisy chasms. But, no matter how experimental the band gets, or strives, the playing remains melodic and logical. Within the rhythm section, there is interesting communication, especially on "Miris Rumelije," where its interplay enhances what goes up front.

Another exceptional track is "Plava zgrada," a slowly driven track much in the manner of composer/saxophonist John Zorn's soundtrack, which works with Ribot at the guitar wheel. Saxophonist Dušan Petrović, with his gorgeous, present tone, weaves his way through this piece as through other tracks, with an unerring instinct for melody and communication.

Fish in Oil's Polustrvo is a strong debut. On one hand, this is complex music and partially alien from today's more straightforward sounds. On the other hand, its message is simple and direct. A pleasure of this band's music is the feeling that everything might teeter over the edge at any moment.

About Fish in Oil