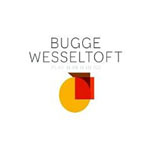 As a successor to the impressive IM (Jazzland, 2007), pianist Bugge Wesseltoft continues to explore the powerful potential of solo performance. Like IM—and no surprise to those familiar with his seamless integration of technology into real-time performance on his New Conception of Jazz series—Wesseltoft uses sound processing and real-time looping to create a modernistic successor to Keith Jarrett's solo innovations. Pulling form out of the air as paramount, Wesseltoft may be less overtly virtuosic but shares Jarrett's ability to create much out of nothing. Wesseltoft continues to hone his particular skill at starting with a clean slate to create music with clear shape and progression.

Playing possesses some of Wesseltoft's most sparingly beautiful playing to date. The title track demonstrates an Erik Satie-like economy, in turns gently majestic and introspectively dark-hued, with decaying notes occasionally expanded by subtle processing to create slightly expanded landscapes. "Dreaming" begins even more evanescently, until a left hand ostinato evolves a soft pulse bolstered by Wesseltoft's use of the piano to create barely audible percussion. His integration of real-time sampling to evolve a cloud-like cushion for his spare and melodic pianism is like Harold Budd with a pulse.

Other tracks are more distinctly electronics-driven. "Singing" is based on a descending three-chord pattern and minimalist percussion that's a foundation, first for Wesseltoft's piano improvisations and then his fragile voice, gradually sampled and fed back to the tune in a pitch-shifted form. The aptly titled "Rytme" may be largely acoustic, but using loops of real-time performance that mesh with rhythmic alterations created inside and outside the piano box, Wesseltoft creates an experimental yet readily accessible track. Layered hand clap loops and staccato left-hand bass line on "Hands" set the stage for Wesseltoft's Louis Armstrong-like calls of "Oh Yeah," moved into the psychedelic ether before turning decidedly gospel, revealing yet another aspect to Wesseltoft, unknown to those only familiar with his more electronica-centric work. Wesseltoft's an encyclopedic player well-versed in the jazz tradition, but it's rarely this self-evident.

It's equally clear on his skewed-to-the-left version of Paul Desmond's iconic "Take Five," but as much as Wesseltoft's blocky chords recall the late saxophonist's boss, Dave Brubeck, he's equal parts Thelonious Monk with his more idiosyncratic approach. The two-part, 20-minute "Talking to Myself," that's the core of Playing, combines Wesseltoft's predilection for the abstractly lyrical with certain harmonic leanings that, again, demonstrate that the jazz tradition may be deeply subsumed in the pianist's being, but it's there nevertheless.

A tranquil take of Jimmy Cliff's enduring "Many Rivers to Cross" closes Playing on a calming note. Along with "Take Five" it's a rare opportunity to hear Wesseltoft interpreting other peoples' music, yet he makes it his own with evocative simplicity and a rare ability to get deep to the nub of the song. It brings the album full circle to the equally resonant title track, making Playing one of Wesseltoft's most honest and heartfelt albums to date.