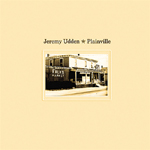 Saxophonist Jeremy Udden's sophomore release is a compassionate and happy reflection on his home town of Plainville, in rural southern Massachusetts, and his early and formative musical influences as a boy who was interested in all kinds of music— indie-rock, alt-country, folk and, later on, jazz. Though this is an emotional journey, arranged in a highly sophisticated and elegant jazz vocabulary, sometimes his nuanced orchestrations sound as if they are paying tribute to the rich vocabulary of his former big band Either/Orchestra. But this by no means is a nostalgic trip; rather it is a mature statement by a musician and composer with a recognizable and personal sound and a clear and open musical vision.

Unlike his debut, Torchsongs (Fresh Sound New Talent, 2006), which reflected a study in spontaneous interplay, for this recording Udden wrote the compositions and recorded all instruments before revealing the music to the band. He continued to edit and rewrite, as his band—most whom are recording artists for Fresh Sound—continued to reshape these songs together for over the course of a year, until all reached the cohesive yet genre-bending, satisfying result.

The opening title track offers an immediate intimacy in its catchy, gentle melody and its marrying of country, surf rock and blues into a balanced and complementing musical stew. The punkish free-form waltz "Red Coat Lane" sounds at first like an arrangement for an obscure Tom Waits song but, as the song progresses, Udden keeps developing his own sonic stamp. "Curbs" leans on a rock-steady, twangy guitar, suggested masterfully by Brandon Seabrock, while the entire band embraces the powerful riff with a swinging coating. Udden's "Christmas Song" is a beautiful seasonal song that evolves around a memorable waltz theme.

"695" alludes, in its opening, to the 1970s-era country-laden ECM compositions of Pat Metheny and Lyle Mays, but soon changes course, adopting a Latin groove through an impressive Fender Rhodes solo by Pete Rende. "Modest" is a simple ballad that highlights Udden's melodic playing. "Big Lick" is another track based on Seabrock's power chords, aided with the rock steady rhythm section of bass player Eivind Opsvik and drummer BJ Miller, while Udden attempts to punctuate their sonic onslaught before joining them. Udden concludes this impressive song cycle with the reflective and slow ballad "The Reunion" and the spare and dreamy "Empty Lots."