Carla Bley Yoshi's Oakland, CA September 14, 2005Last night I slid into Yoshi's a few minutes late and the band was called “out . With seemingly a stellar cast of musicians I was dismayed when the music began with what sounded like a hoaky, low-key bossa nova. I thought I was listening to yet a new category: Retirement Home jazz. I sat in my chagrin contemplating my next move, yet still paying ...

Having firmly established himself as the '60s jazz guitarist second only to the great Wes Montgomery, Grant Green was willing and able to move into something new and give himself up to the emerging funk wave that would seep across the '70s.

Attacked by purists as Grant's grand selling-out, these recordings have been rediscovered and widely sampled by legions of acid-jazz aficionados. Hypnotically rhythmic and quintessentially grooving, the five tracks on this straight reissue are all exceptionally tasty bursts of ...

Most people think that when the Jazz Crusaders dropped the “Jazz" from their name, they also dropped the jazz from their playing. When the band first decided to call themselves the Crusaders, it was only to expand their musical horizons beyond what was narrowly defined as “jazz" at the time. True, the band quickly came to symbolize the commercial dumbing-down of once vibrant and creative jazz musicians in the lean years of the 1970s.

And true, the band eventually turned ...

An album of previously unreleased material taken from two 1969-1970 sessions which capture the immensely talented trumpeter Donald Byrd in a transitional moment of artistic brilliance. The first two tracks, “Kofi" and “Fufu," were both recorded during the 1969 session, and are the most original and imaginative compositions on the album. Rooted in the hypnotic African-infused rhythms of drummer Mickey Roker, bassist Ron Carter, and percussionists Airto and Dom Um Romao, these two tracks synthesize the modal, electric, hard bop, ...

Recorded live at the Monterey Jazz Festival in 1966, Forest Flower was the jazz soundtrack of the Flower Power movement. Always accessible and majestic, the Charles Lloyd Quartet was recorded here at the peak of its powers. The title track, “Forest Flower," actually is split into two parts, “Sunrise" and “Sunset," which merge together seamlessly to form a single piece of astonishing unity, with Charles Lloyd, Keith Jarrett, Cecil McBee, and Jack DeJonette playing beyond the point of empathy. There ...

George Benson: The Other Side Of Abbey Road

I first heard The Other Side Of Abbey Road at a cozy coffee shop in Hollywood, California, early in my jazz discovery days. At the time, I was just recovering from a heavy overdose on the Beatles, having listened to all their post-LSD records almost exclusively for several months. I was ready for something new, and an album of Beatles covers was not exactly what I had in mind. Nevertheless, my curiosity was aroused once George Benson's velvety voice rang ... 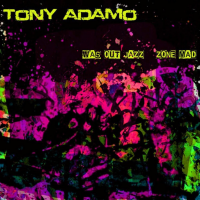