BY KATRINA-KASEY WHEELER
July 5, 2007
Sign in to view read count

Usually I will have one vocal on my CD, and with Ladies' Choice we had four. That takes it to a new place, with maybe a little Urban/Adult Contemporary action. I welcome that sound right now.

Saxophonist Paul Taylor became interested in music at the age of seven, but it was not until he joined a local high school band that he decided to make it a career. He is perhaps best known for his signature smooth jazz vibe and instantly recognizable sound. There is a common thread of romance on all of his songs that enraptures the listener. A fixture in the smooth jazz community, he has recorded with many artists including pianist Keiko Matsui, guitarist Craig Chaquico, keyboardist Russ Freeman, Steve Oliver, and The Rippingtons. He has teamed up again with producers Barry Eastmond and Rex Rideout for Ladies' Choice (Peak Records, 2007), which is certain to follow along the lines of his already attained success.

All About Jazz: Who were your greatest musical influences? When did you become inspired to play the saxophone?

Paul Taylor: When I first started playing music with my younger brother. My parents had gotten us into music to keep us off the streets and out of trouble, so it didn't really happen until high school. I started listening to The Crusaders, David Sanborn, Grover Washington and, of course, I loved Earth, Wind & Fire. Those influences really kind of got me going.

AAJ: So that inspired you to become interested in jazz and make that transition?

PT: In high school my classmates started to form bands and I loved being in those bands, we started playing around town and I liked doing that.

AAJ: Ladies' Choice (Peak, 2007) is obviously dedicated to your female fans. What led you to record this album now?

PT: The inspiration was just kind of born in the studio. The first person I wrote with was with one of the producers, Barry Eastmond. I think that "Ladies' Choice was one of the first songs that we wrote together in the studio. After we wrote it, I just kind of took a step back and listened to it and it had like a house party vibe or like a club vibe from back in the day, when the music was great and then the DJ stops the music and says, "This song is ladies' choice, and then the best song came on. That is what basically gave me the inspiration. So when I submitted that to the record company we just kind of took that and it had a life of its own and that is how it came out.

AAJ: Did you anticipate working with singers like Regina Belle and La Toya London at the onset?

PT: I went to the whole process with an open slate with nothing really prepared. I just write it as I go because it is fun to see how it takes different turns, so I had no idea that I would be performing with these great singers. After we did that first song, then the wheels started turning and we made moves with the vocalists. I am so happy to have the vocals that are on the record.

AAJ: You have said that these ladies, Regina and La Toya, took your music to a whole new level.

PT: Oh no doubt. Usually I will have one vocal on my CD, and with this album we had four vocal songs. So that kind of takes it to a new place, with maybe a little wider audience; a little Urban/Adult Contemporary action. I welcome that sound right now for my seventh CD, you know, why not? It still had the smooth jazz sound on it that is where we wanted to go with it.

AAJ: Right, especially with so many genres that seem to be evolving into hybrids. You worked with some very talented producers on this album.

PT: No doubt; with Barry Eastmond and Rex Rideout, we had been fortunate to have worked together on the previous two CDs, so we have a really good history together, we have some really great inspiration and we write great songs together. So like the saying goes; if it's not broke, don't fix it.

AAJ: That is so true. You are known for your romantic, smooth jazz spin on your songs. This album Ladies' Choice is right in line with that, and paying homage to the female fans that listen to your music.

PT: Oh yeah, I'm glad—that is so cool that you picked up on that.

AAJ: You like to invite a few women on stage at each show so I'm sure that the female fans will love the opportunity, while you are out promoting this album.

PT: Oh yeah, that is good to know.

AAJ: Keiko Matsui and her husband Kazo Matsui discovered you when they caught one of your shows early on, and you played in Keiko's band for two years. What was it like to work with them and to have such a great working relationship over the years? How big of an impact was that experience for you? 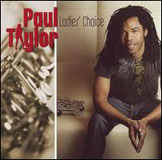 PT: I met them when I was getting started and paying a lot of dues. I got a gig with [keyboardist] Jeff Lorber as a sideman at this really prestigious jazz festival, very high profile, and lo and behold, Keiko and Kazu were in the audience, happened to hear the performance and they liked what I was doing and told me so backstage. It was really nice to meet them, and who would have known that a year later I would be performing with them in their band. They were a great influence and they helped me to get started with my career and get it off the ground. I got signed when I was playing with Keiko and I got a lot of experience just by playing with her and being her sideman and seeing how she handled things as an artist. I wanted to be like Keiko in the way that she was a great artist, as well as Jeff Lorber.

AAJ: Your work on Keiko's album, Moyo (Heart & Soul) (Shout Factory, 2007) and your contribution to the song "Black River are great. You made your acting debut on the soap opera, One Life to Live. Is acting another passion of yours or was that just an opportunity that presented itself?

PT: That is just something that came up. I am a big fan of television, you know, growing up. I have never really thought of myself as an actor. The opportunity presented itself to be on One Life to Live and it was cool because I got to play myself in a club setting playing my songs, and I had a couple of lines. It was really fun. I never really thought, "I want to be an actor, too. But, it was good while it happened.

AAJ: Well I'm sure you'll have other opportunities in the future if that is something that you decide to pursue. Back to the record, every song on Ladies' Choice has a really positive vibe.

PT: The song "Ladies' Choice is probably my favorite. We're filling in the calendar right now. I'll be touring with Regina Belle. I just want to say that I really appreciate all the support from my fans over the years and I hope that they follow my musical journey through the years. When they hear Ladies' Choice they will hear my latest inspirations, the sound has really inspired me. I think if anyone has liked my previous albums then they will like the vibe on Ladies' Choice. 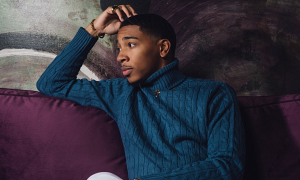