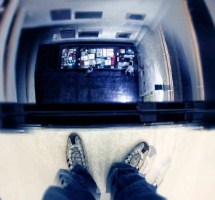 Guitarist Walter Beltrami has good reason for calling this CD Paroxysmal Postural Vertigo. It's a disorder that emanates in the inner ear and results in a spinning sensation caused by changes in body posture. For him, it lasted six months and disappeared as suddenly as it came. Beltrami wrote many of the compositions on this record during that time.

Whatever the causative factors, Beltrami's compositions are creative nuggets. He is not immune to drawing from several genres and cross-pollinating them to give his music a rich harmonic tapestry.

After the free venting "BPPV Intro," which is enveloped in a swirl of sound, the band gets into the emphatic "BPPV." Francesco Bearzatti is pronounced on tenor saxophone, laying the melody in deep grooves as Beltrami cuts the progression open with incendiary guitar lines. The body is engulfed in a propulsive pulse, ingrained in intensity, with drummer Jim Black and electric bassist Stomu Takeishi adding a pulse pounding rhythm. The melodic and rhythmic motifs are electrifying.

Beltrami plays the guitar with an open sense of invention. He brings a solid rock outlook to "Mind the Mind!," enunciating his lines clearly and bending his strings to add verve. This sets the atmosphere for Bearzatti who travels the high road to stimulating adventure on bass clarinet.

The soft interlocution of cellist Vincent Courtois floats into the ruminative "What Is" before it gains depth. The mood is kept from being vapid by Bearzatti, whose bass clarinet is a sturdy cog with Beltrami showering chords into the mix. It has a free ambit yet is pegged in the grasp of the composition. The two attributes mine a fertile impressionism which is made all the richer in the harmonization of the guitar and the scattering accents of the drums.

"Unexpected Visit" is a collective improvisation and stands in testimony to the understanding between the band members. Each builds on the theme, even as they take divergent tangents, changing the tempo and expanding the components only to bring them in and make a cogent statement.

Beltrami showcases his flair as a composer and his artistry as a guitarist in expansive and intricate terms manifested in music that packs a soul-stirring wallop.