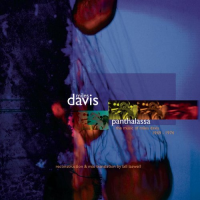 For anyone unfamiliar with his work, Bill Laswell is something of a producer's producer, who has worked with a wide array of artists ranging from John Lydon to Whitney Houston (though not on the same record one would assume). At some point Laswell miraculously managed to convince the powers that be to hand over copies of all the extant master tapes from Miles Davis's 1968 to 1974 period, arguably one of the most controversial and challenging of the trumpeter's entire career. Yet it was this particular era Laswell was most interested in exploring, believing that the music as it had been presented in its original form could be reshaped, and perhaps even improved upon. So, rather than contemporise the material before him, he instead took a far more organic approach; using analogue equipment and even splicing the tapes as he went. This means that Panthalassa is more than just a reimaging of Miles's music; it was also a serious labour of love, and a kind of reawakening.

Beginning with the subliminal "In A Silent Way," Laswell's 'interpretation' comes across as far more haunting than on the original LP. The sound is richer, and way more atmospheric. Having listened to Teo Macero's version all these years, Laswell's own rendering is a fascinating study in multi-dimensional ambience.

Of all the albums Miles released, 1972's On the Corner was perhaps his most difficult. Full of abstract guitars, sitars, and mutant rhythms, along with a plethora of alien percussion, not to mention God knows what else, on "Black Sa" and "What If" Laswell has managed to transform what were essentially free-form cerebral jams into something more concise though no less fascinating. At certain moments Miles is clearly channelling Jimi Hendrix, by playing his horn through a wah wah, while the drums and Tabla keep the entire vessel from sinking.

Straight away the track seamlessly segues into the somewhat thick dense underworld of "Rated X" and "Billy Preston," from the Get Up With It album. And should anyone think of this as serious, they ought to listen to the takes as they were first presented in the early Seventies, whose hybrid electronics can be difficult to digest at the best of times.

The album concludes with a heavily truncated version of "He Loved Him Madly." It could be said that the original was perfectly fine as it was (in its entire thirty or so plus minutes), although to the less patient listener, that's probably a predictable argument. This is music akin to solar systems forming in the outer regions of The Milky Way. What Laswell has successfully achieved is to condense all those nebulous elements together into one cohesive and comprehensible singularity. And for that he should be commended. Because what he has done is make the almost impenetrable, musically speaking, mind barrier of abstraction appear more palatable to moderate ears.

Was Miles the Judas of Jazz, as he was often accused of being at the time? Hardly -more a pioneer in search of new frontiers, forever on the hunt for something rich and strange —which is what makes Miles such an important and fascinating figure in late 20th Century culture.

Just as the restoration of the Sistine Chapel was considered to be controversial, so too might some regard Laswell's supposition of Davis's electric years as bordering on being sacrilegious. But such notions are absurd, since Miles himself had little control in terms of how many of his albums would ultimately be mixed and edited. Basically it was a situation of Davis handing over the tapes to Teo Macero, while giving him his blessing to do whatever he saw fit to create order out of whatever cosmic chaos it was that Miles had constructed in the studio. Which means that there is nothing contentious about Panthalassa at all; just a reordering of various musical elements that were already there to begin with, albeit under a different microscope. Laswell painstakingly managed to shed new light on an old subject. Offering the modern listener a fresh perspective on what is to all intents and purposes one of the most complex and challenging arguments in the history of popular music. Miles wasn't just jazz, his art was like the universe itself.

In a Silent Way; Shhh/Peaceful; It's About That Time; Black Satin; What If; Agharta Prelude Dub; Rated X; Billy Preston; He Loved Him Madly