BY MARK SULLIVAN
December 23, 2016
Sign in to view read count 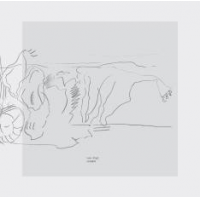 LEAGUS is a Norwegian duo made up of pianist Herborg Rundberg and guitarist Kristian Svalestad Olstad. Together they make music that ranges from minimalist atmospherics to frenetic free-noise. Rundberg has studied both classical music and jazz/pop/rock, and has worked with coastal sami traditions. Olstad studied jazz/pop/rock, and is involved in improvisation and studio recording (he mixed the album). His nontraditional, highly electronically modified sound puts him in the company of other Norwegian modernists like Eivind Aarset and Stian Westerhus. He has also recently been heard as a sideman on Øystein Blix's Conditions (Losen Records, 2016).

Opener "Lea go dus" is like a primer for all of the sounds employed by the duo. It opens with guitar and piano in dialog—one of the few places where Olstad's guitar actually sounds like a guitar—then atmospheric electronic guitar textures accompany chant-like vocals (the sami influence) and a piano solo. Rundberg employs a bit of electronic processing here, but for the most part her piano is the acoustic voice of the project. They produce a big sound for two people, which is even more remarkable given that the music was mostly recorded live in the studio.

There are many other moods. "Mun Vuolggán Dál" is a song with lyrics (but with purely electronic accompaniment). "Mohkohallan" is a dramatic piece, almost like a mini piano concerto, with Rundberg's virtuosic solo surrounded by Olstad's electronics. "Čieža" becomes rhythmic, busy, and dissonant, in contrast to the frequently more abstract sound of the other tracks. And "Sálbma" features passages of lyrical piano/guitar dialog.

Despite the improvisation and atmospherics, LEAGUS presents a focused sound. With a total playing time of 36 minutes (and several tracks under three minutes long, some less than two) this is not music that overstays its welcome. But there's enough time to explore lots of interesting spaces.